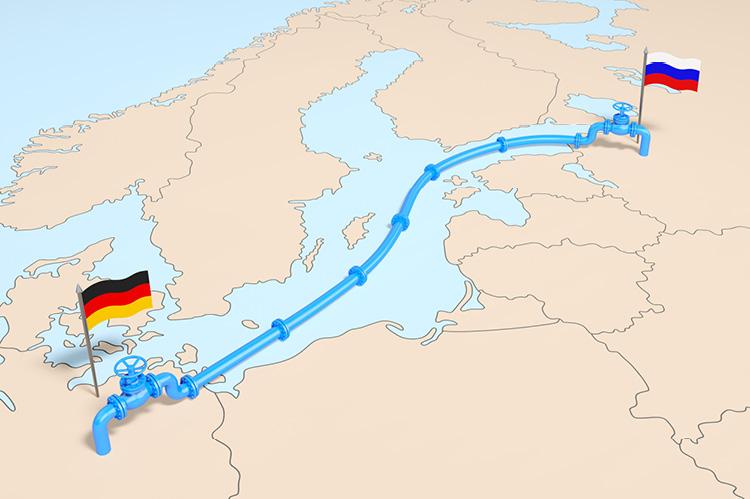 Russia’s Deputy Prime Minister, Alexander Novak, said today that they have every right to take action in case sanctions are imposed on their energy exports. It is threatening to impose an embargo on gas coming into Germany through the Nord Stream 1 gas pipeline. Novak says in a television speech that no decision has yet been taken. It explains that the pipeline operates “at full capacity”.

“Today, Europe consumes around 500 billion cubic meters of gas a year, and 40% of this comes from Russia. For decades, Russia has been a reliable partner, no matter what. And even now, Gazprom fully complies with its contractual commitments, its obligations to deliver gas to Europe,” explains Alexander Novak.

From the Kremlin they explain that deliveries through Ukraine had increased to 109 million cubic meters per day. It amounts to shipments to Europe of around 40,000 million cubic meters per year. They point out that the shipment is being met “100%”. ” At the same time, we understand that, with the baseless accusations against Russia regarding Europe’s energy crisis and the ban on Nord Stream 2, we have every right to retaliate and impose an embargo on gas pumped through Nord Stream 1, which today is 100% full,” said Novak.

From Russia they threaten Europe with a gas embargo through the Nord Stream pipeline 1. The cut-off of gas supply would directly affect Germany. “Unfortunately, today we see European politicians making a statement on energy issues, urging to get rid of Russian oil and gas. Once again, European officials are trying to blame Russia for its problems and the mistakes of its own energy policy in recent years,” said Russia’s Deputy Prime Minister.

German Chancellor Olaf Scholz announced after the start of the war in Ukraine over the Russian invasion the blocking of the certificate of the Nord Stream 2 pipeline project. The pipeline was to supply natural gas to Germany directly from Russia.

“The supply of energy to Europe, for heat generation, for transport, for electricity and for industry cannot be assured at this time in any other way”, stressed the German Chancellor on the importance of Russian gas in Europe. Meanwhile, the EU and US are discussing a ban on Russian oil imports as a sanction for Vladimir Putin’s military action in Ukraine.