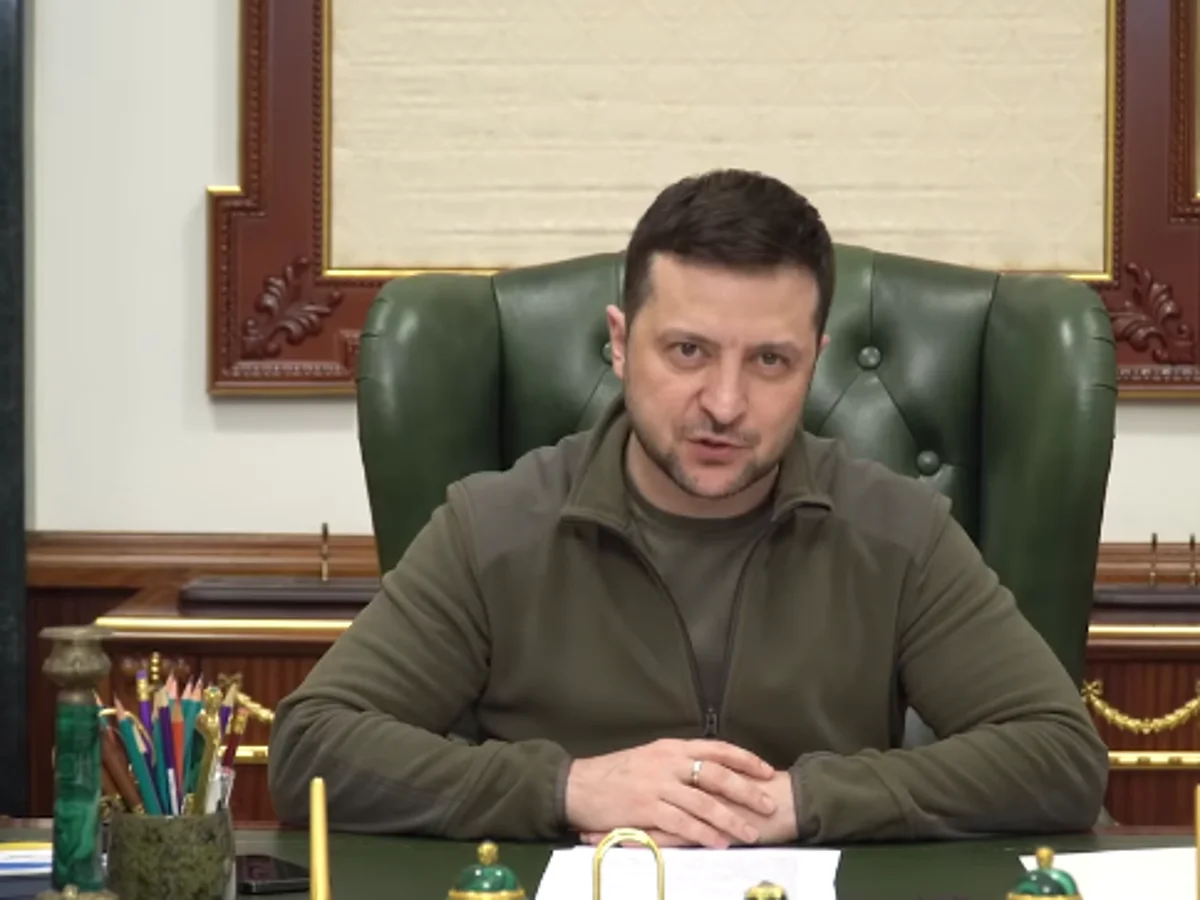 The war in Ukraine is beginning to give indications that it will be a long conflict. Putin has made public his demands to end the invasion. Among those preparing for that long war is the President of Ukraine, Volodymir Zelenski.

After several assassination attempts he has shared a video from the city of Kiev and has had no qualms in telling where he is and giving his address. ” Here is Kiev at night. Our offices. It’s Monday night. We get used to saying that Monday is a difficult day. There is a war in my country so, for us, every day is Monday,” he says as he records himself with a mobile phone in his hand and strolls through several rooms until he reaches his office.

He also sends a message: “I am here in Kiev, on Vankova Street. I am not afraid and I am not hiding from anyone. I will stay in Ukraine as long as it is necessary to win this war for the fatherland”.

Uncontrolled flames and large smoke columns, Russian attacks have set a fire in an oil deposit in Zhytomyr. The attacks continue, but Zelenski stands firm and says he is not afraid.

As Russian troops advance, Putin defends attacks as a way to ensure security. Something that seems to the Ukrainian president as an excuse and asks that Putin start the dialogue “instead of living in an information bubble”.

The numbers of dead civilians continue to grow and evacuating the wounded is complicated. In Mariúpol, the attacks forced the transfer of hospitals to basements.