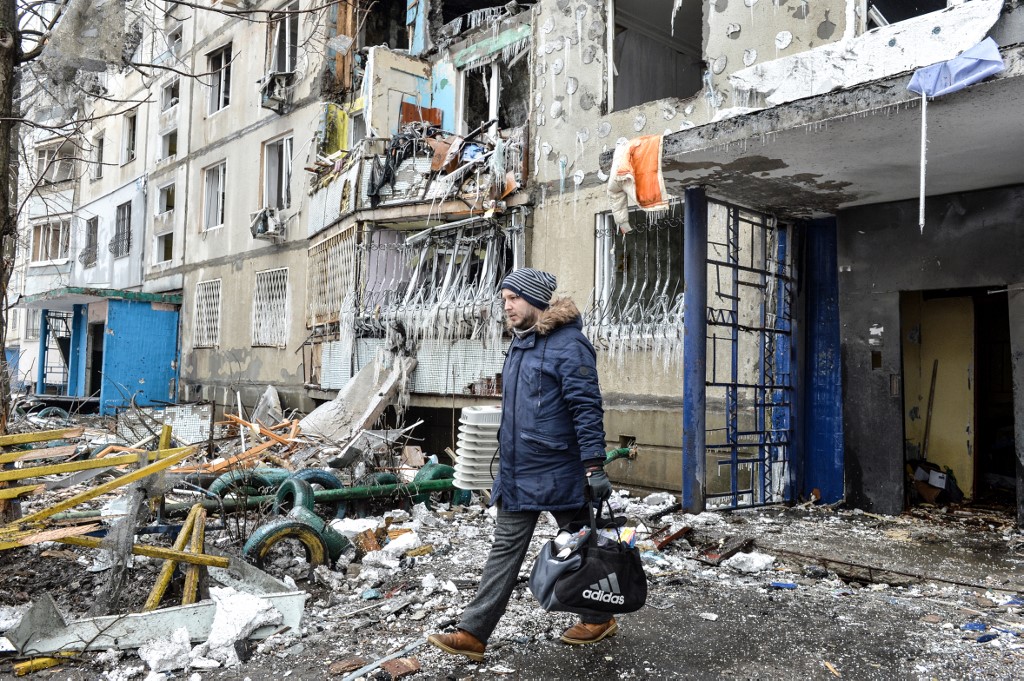 The humanitarian situation in the Ukrainian cities besieged by Russian troops is becoming increasingly serious. Russian forces attack cities, structures and residential areas with heavy shelling. From Ukraine they continue to ask the West to decree a no-fly zone to mitigate the damage caused by the Kremlin troops. The population in Ukraine returns to dawn on the 14th of the war with bombardments throughout the morning.

Shocking images arrive from the bombing of civilians in the early hours of Wednesday. According to the United States, two more children have been killed in the last bombings and the number continues to rise without stopping for a moment. Meanwhile, Ukrainian President Volodymir Zelensky continues to join forces to encourage the population to resist the Russian invasion. It welcomes the US and UK veto of Russian oil.

The evacuation of the besieged city of Sumy in north-eastern Ukraine has been successfully completed and a total of 5,000 people “are now safe”. In recent hours there have been pictures of civilians leaving the city in cars, trains and buses.

The siege of Ukrainian cities is constant, noise and explosions are the main protagonists during the early hours in Ukraine. The main targets in the invasion of Ukraine led by Vladimir Putin are Kiev and Odessa. Russian troops continue to approach the capital as the Zelensky Army resists attacks. The cities of Kharkov, Irpín, Sumy, Mariúpol or Kiev are being reduced to rubble by Russian artillery.

The sirens keep ringing, the population does not leave the metro and the train stations are still full of civilians trying to flee the armed conflict. The United Nations Office for Humanitarian Rights has documented and verified a total of 1,335 civilians killed or injured in the war in Ukraine caused by the Russian invasion. A total of 474 civilians, including 29 children, have lost their lives.

The United States claims that between 2,000 and 4,000 Russians released have died in Ukraine. This is stated by the Pentagon’s Director of Intelligence, Scott Berrier, at an appearance of representatives of the main US intelligence agencies in the Lower House.