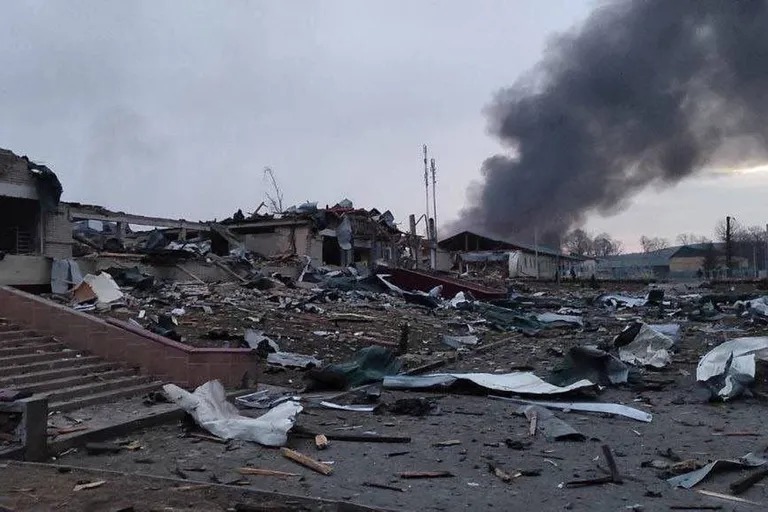 The war in Ukraine yesterday experienced a turning point with the bombing of Russia to the military base of Yavoriv, located only 20 kilometers from the Polish border; that is, from NATO territory. The pressure that Vladimir Putin is exerting with this movement is maximum and may be definitive for the conflict to end escalating.

Ukrainian President Volodymir Zelenski has assured that it is only a matter of time before bombs fall on the homes of citizens of the NATO countries and that the only possible option to prevent this from happening is to close Ukrainian airspace, something that both the EU and the Atlantic Alliance itself dismiss outright.

Russian army bombs fell on Sunday morning. Oleksandr, a neighbour of the area where the attack took place, explained that the missiles hit a building “just 10 kilometres” from EU territory. “Tomorrow they may fall on the other side of the border. I appeal to Europe. Save yourselves and us,” he pleaded.

The attack on the base, used inter alia for NATO military exercises, left at least 35 dead and 134 injured. Among the victims there are foreign fighters who would be receiving training. One of them, who managed to escape, is a young man from Barcelona who explained that the bombings were heard for days in the area “until they found us”.

The United States Embassy in Kiev, for its part, issued a message in which it said “deplore” the attack of the Russian Army against the base, in which there were also American instructors.

“We deplore the attack on the Yavoriv Centre, which killed 35 people and injured 134. The attack on the Center, in which the United States, Poland, Lithuania, the United Kingdom, Canada and other countries were training Ukrainian forces will not defeat the heroic soldiers trained there,” the Embassy said in a message on Twitter.

A few hours earlier, the United States Department of Defense indicated that the attack was an expansion of Russian military targets in the war.