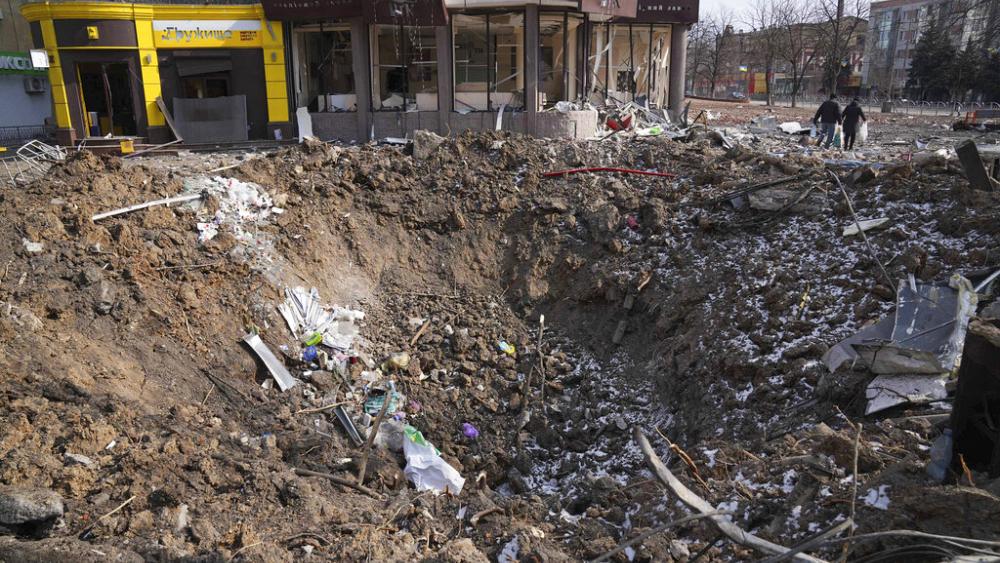 Russia and Ukraine accuse each other of the bombing on Monday of the separatist region of Donetsk, in which at least 23 civilians were killed, including one child. This is one of the deadliest offensives since the beginning of the war.

Moscow maintains that it was the Ukrainian army that perpetrated this attack while Kiev claims otherwise. Ukraine released a video about that moment in which it is seen how a Ukrainian tank destroys a Russian tank in one shot.

The missile used in this attack was a Tochka-U, which contained a cluster charge, as explained by the head of the self-proclaimed people’s republic of Donestk, Denis Pushilin.

“Tochka-U carried a cluster load, which is prohibited, as we know. If it had not been shot down there would have been a disproportionately greater number of victims,” Pushilin added.

Kiev retorts to these arguments by claiming that the material used in the attack is Russian and that Moscow already used cluster bombs in Kharkov just a few days ago.

Against this backdrop, Russia and Ukraine met for the fourth time on Monday at a summit which, like the previous ones, returned to the end without agreements.

Communication between the two sides is “difficult,” said Mykhailo Podoliak, adviser to the head of Ukraine’s presidential office. “The parties are actively expressing their positions, which have already been clarified. Communication is difficult, but it continues,” he explained on his Twitter account Podoliak.

Finally, this Tuesday morning two people were killed in Kiev as a result of a bomb attack in one of the residential neighbourhoods of the Ukrainian capital, while 35 people were rescued alive from the rubble.