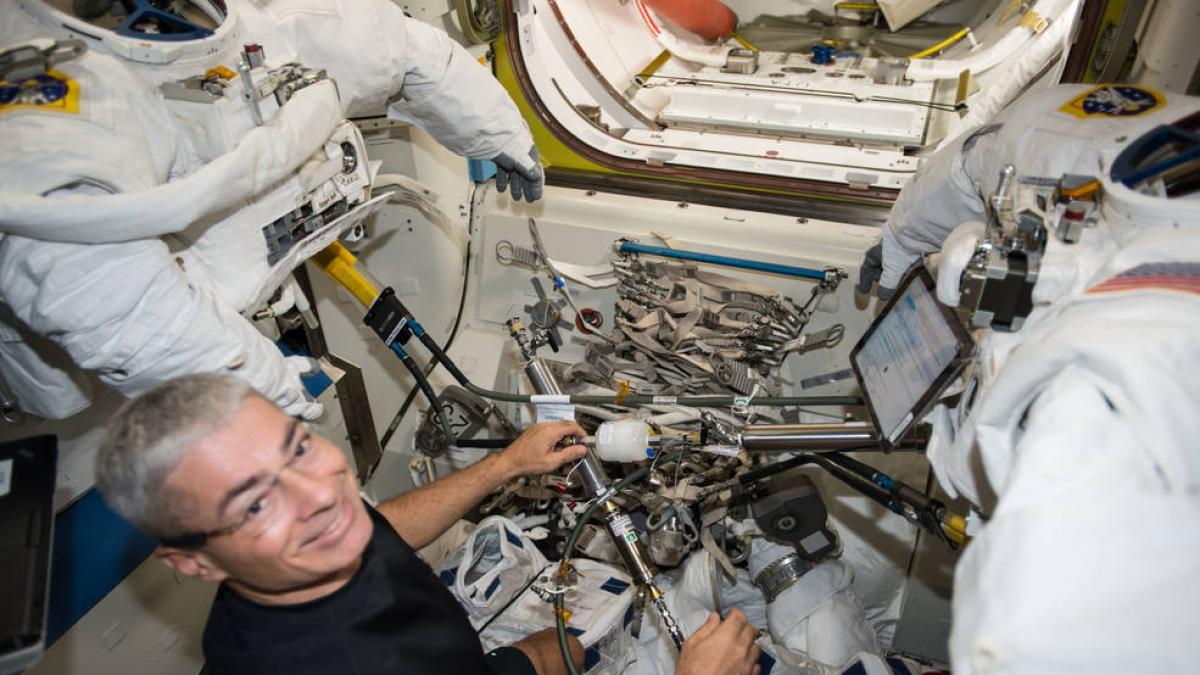 A few days ago the President of the United States made it clear that among the objectives of the Federal Government in the war between Russia and Ukraine was not to fight against Moscow because of the consequences that would entail. ” We are not going to fight a war against Russia in Ukraine because it would trigger World War III and we want to avoid it,” admitted Joe Biden.

However, the strategy of the American authorities is to completely isolate the Vladimir Putin regime from the global financial system through sanctions. In fact, the country has banned the import of some products and articles of Russian origin such as diamonds, vehicles, vodka and caviar.

Such actions, which Moscow considers a direct attack, have caused the Kremlin to study the possibility of leaving in space the American astronaut Mark Vande Hei.

Vande Hei has to return to Earth on March 30 in the rocket Soyuz, a launch vehicle manufactured by the Russian center TsSKB-Progress, after finishing the mission in which he embarked almost a year ago along with two other Russian astronauts, Anton Shkaplerov and Pïotr Dubrov. However, if Russia maintains its ultimatum, the cosmonaut will not be able to land in Kazakhstan and will be trapped on the International Space Station (ISS).

In this regard, the Russian Federal Space Agency has also assured that the sanctions will cause the collapse of the International Space Station: “The populations of other countries, especially those led by ‘war dogs’ should think about the price of sanctions against Roscosmos,” explained Dmitry Rogozin, head of the Russian space agency Roscosmos.

Roscosmos officials have also detailed that they called on their US (NASA), Canadian (ASC) and European (ESA) partners to demand “an end to illegal sanctions”.