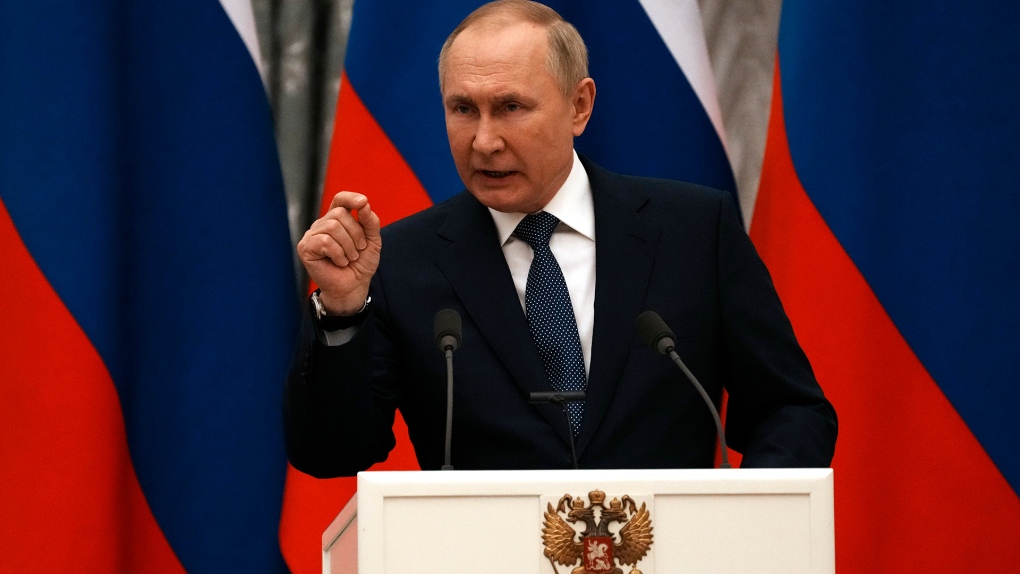 The world closely follows every gesture and speech of Vladimir Putin, who has Europe and the entire West in suspense since the beginning of the war in Ukraine. The speech he delivered yesterday has raised all the alarms among world leaders about the violence and extremism that the president displayed.

More and more committed and willing to go all the way in his invasion of Ukraine, without respecting hospitals, schools, shelters and humanitarian corridors, Putin said on Thursday that the war will serve “to purify Russia” and for the Russians “know how to distinguish true patriots from scum and traitors”, to which “they will simply spit as if it were a fly that enters their mouths”.

“I am convinced that a natural and necessary self-purification of society will strengthen our country,” he said in a grim tone and devoid of expression. A few words that come after weeks in which Russian society has gone out to protest en masse in the street, protests that, as was to be expected, have resulted in thousands of arrests.

The EU, NATO and the US interpret the fanaticism of Putin’s statements in the worst possible way, and leaders like Emmanuel Macron or Joe Biden have repeated on several occasions that the Russian president -according to them increasingly isolated and hooded, surrounded by an entourage that is incapable of opposing him-he will not back down.

The United States, in fact, increased pressure on Moscow this Thursday by accusing Russian forces of committing “war crimes” in Ukraine with their “intentional” attacks on civilians, amid the continued bombardments of Russian forces on major Ukrainian cities.

On Wednesday the US president, Joe Biden, pointed out that his Russian counterpart, Vladimir Putin, was a war criminal, on Thursday, just a day later, his Secretary of State, Antony Blinken, joined the accusation.

“Yesterday, President (Joe) Biden said that war crimes had been committed in Ukraine. Personally, I agree,” Blinken said at a press conference at the State Department.