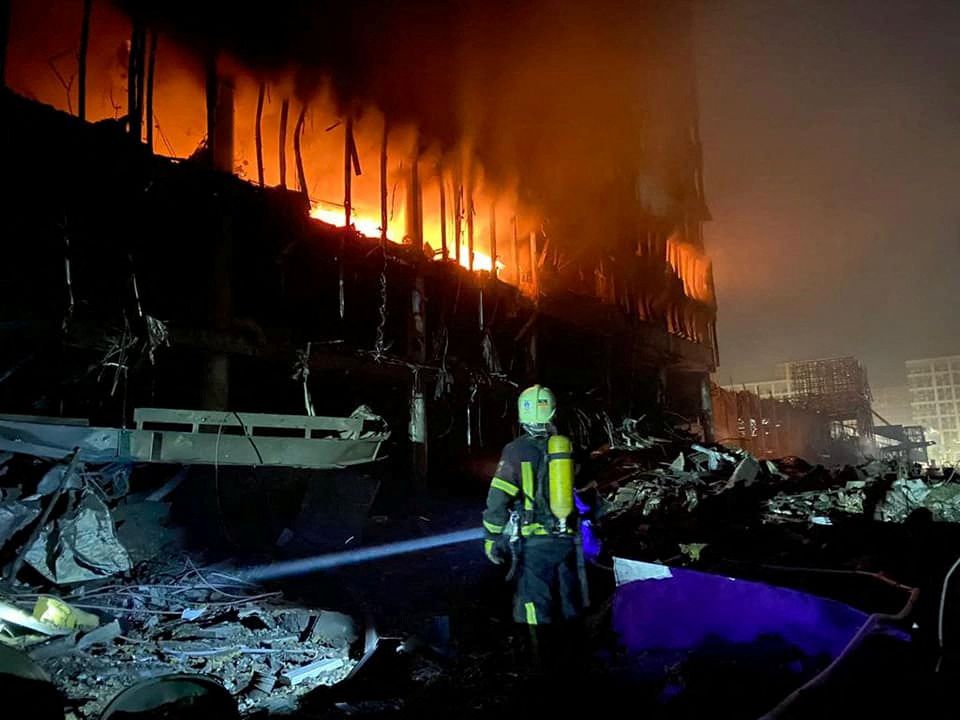 Russia escalates its attacks on Kiev. This morning, when 26 days of war have passed, a missile has destroyed a commercial area causing at least 8 dead and several injured and leaving a desolate image of destroyed buildings in the center of the city.

The missile’s explosion has set a fire that firefighters are still trying to put out, as they rescue survivors from the rubble.

During the last few hours, the Russian army has attacked the main Ukrainian cities: Kiev, Kharkov and above all Mariupol, which has already become the “Guernica” or “Aleppo” of the war, according to direct witnesses.

The situation is, in fact, desperate in this last city, massacred by the bombs for days and that has until noon this Monday to surrender, according to the ultimatum given by Vladimir Putin. A proposal that the government of Volodymir Zelenski has rejected as “delirium”.

According to Mikhail Mizintsev, head of the Russian National Defence Control Centre, Ukrainian forces laying down their arms will be able to leave Mariúpol in a “safe and secure manner” and that if this is done from noon humanitarian convoys will be able to enter with food, medicine and basic necessities both from Kiev and from territories in the east of the country, which are not under its control.

On this proposal, the President of the United States, Joe Biden, has expressed in the last hours his disbelief. Washington has doubts about the Kremlin’s willingness to find a negotiated solution to the Ukraine conflict three days before Biden visits Europe to tackle with his allies the Russian invasion of Ukrainian territory.

“The trip will focus on supporting the Ukrainian people in the face of the invasion of President (of Russia, Vladimir) Putin, but there are no plans for a trip to Ukraine,” the White House said about the Democratic leader’s trip to Europe.