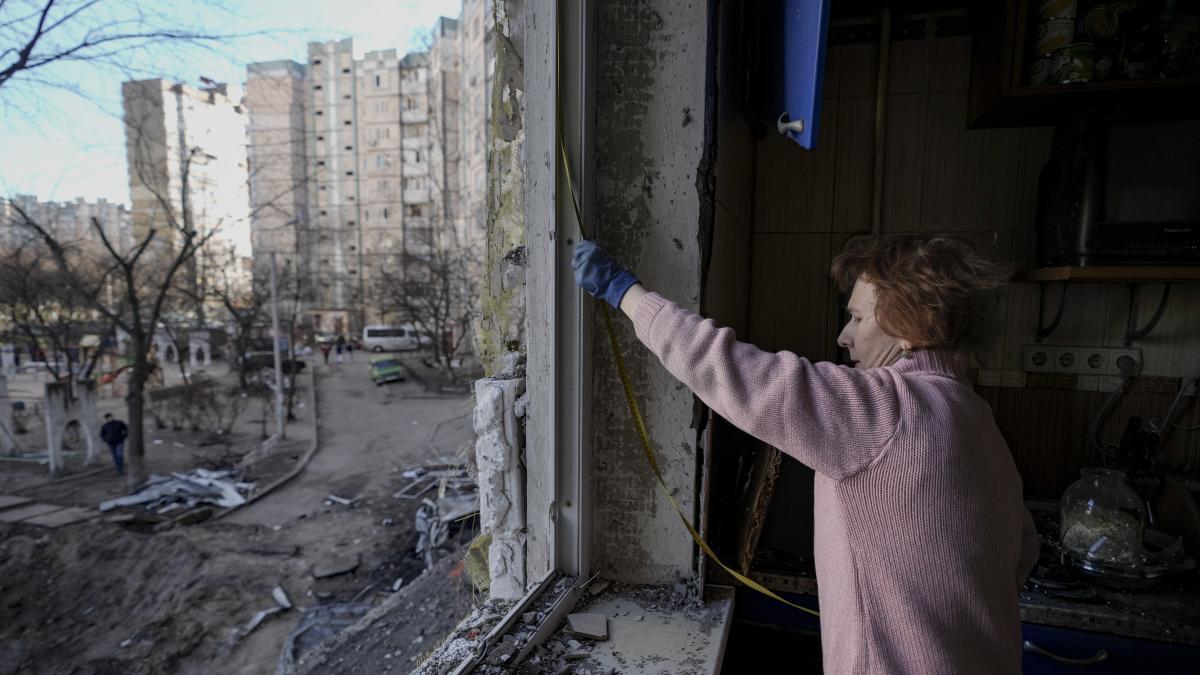 On Wednesday, Russian forces bombed a bridge in the besieged city of Chernigov. The governor of the region, Viacheslav Chaus, reported during the morning that the structure connecting with Kiev has been destroyed. The bridge had been used to evacuate the civilian population and to send humanitarian aid across the Desna River.

Chernigov resists attacks during the Russian invasion of Ukraine by troops who have surrounded the city. The Ukrainian authorities claim that the inhabitants do not have access to electricity and that they do not have water or heating. They describe the situation in the city near the capital as a “humanitarian disaster”.

The Russian offensive on Ukraine continues unabated and the bombardments spread at high speed through cities that had not been bombed before. The strategy of the Kremlin forces changed in just one day after the start of the war. Civilian structures and residential neighborhoods are being burned to the ground. Ukraine and the international community denounce war crimes perpetrated by Russian forces in the war in Ukraine.

Chernobyl suffered two weeks ago one of the most violent attacks by Russian forces on the civilian population. Dozens of civilians were lining up to buy bread in a small town square when a Russian bombardment fell on them, leaving more than 45 dead.

Amnesty International’s Director of Crisis Response, Joanne Mariner, denounced the bombing: “The bombing that hit the streets of Chernigov shakes the conscience. It was a ruthless and indiscriminate attack against people who were making their normal lives in their homes, streets and shops”.

“This shocking attack is one of the deadliest ever endured by the Ukrainian people. The Office of the Prosecutor of the International Criminal Court (ICC) should investigate this bombing as a war crime. Those responsible for these crimes must be brought to justice and the victims and their families must receive compensation,” Mariner said.