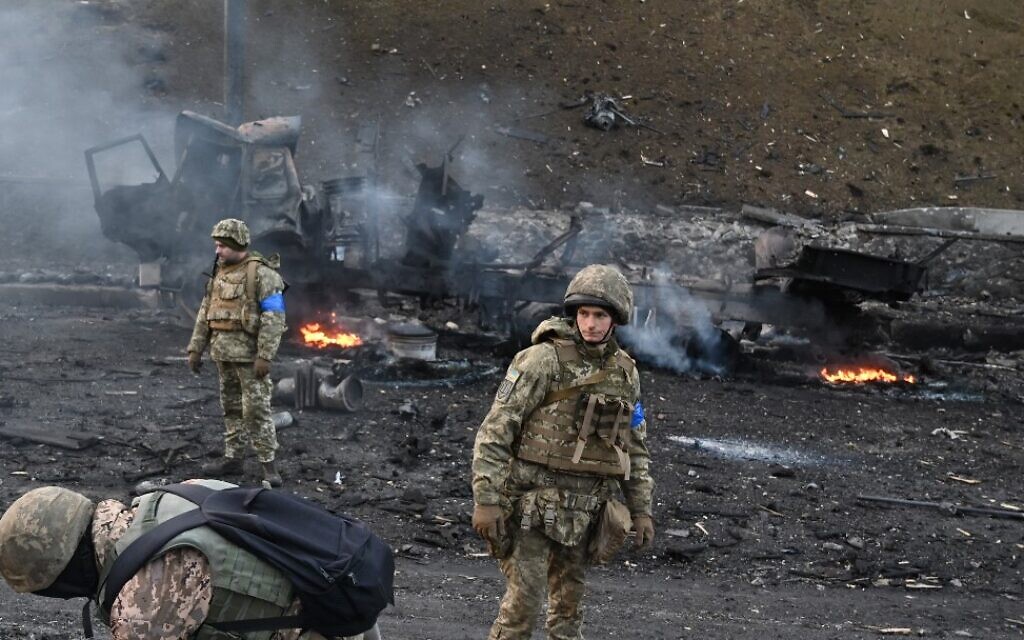 British intelligence suggests that the Russian Army would be reorganizing to attack Ukraine after the loss of some of its members, such as the death of a commander in the Black Sea fleet, who was dismissed in Crimea. The same source points out that, while the contingency remains stable in northern Ukraine, Russian forces would be carrying out this period of “reorganization” before carrying out “large-scale offensive operations”.

According to data from the Ministry of Defense of Ukraine published on 21 March, the Ukrainian Army has shot down 100 aircraft, 120 helicopters, 500 tanks and 1,500 Russian combat vehicles, while the North Atlantic Treaty Organization (NATO) number of Russian soldiers killed between 7,000 and 15,000.

The British Ministry of Defence has stated that “Vladimir Putin’s main military objective” is Kiev, in addition, the same institution points out that the bulk of its troops are detained about 25 kilometers from the city, while weeks ago there was talk about a convoy of tanks stopped near the capital.

In the southeast and south, where the coveted city of Odessa is located, Russian naval forces “blockade the Ukrainian coast and launch missile attacks against Ukrainian targets,” according to British military intelligence.

Inside the country, invaded since February 24, offensives continue in cities such as Mariúpol and Kiev, although the mayor of the capital, Vitali Klitschko, has wanted to send a message of strength. ” We have recovered the city of Makariv and we already have almost all of Irpín,” said Klitschko.

“100,000 people remain in Mariúpol in inhuman conditions, without food, water or medicine. The Russians do not allow humanitarian corridors to be set up to get them out,” explained Ukrainian President Volodymir Zelensky about the state of the Ukrainian city.