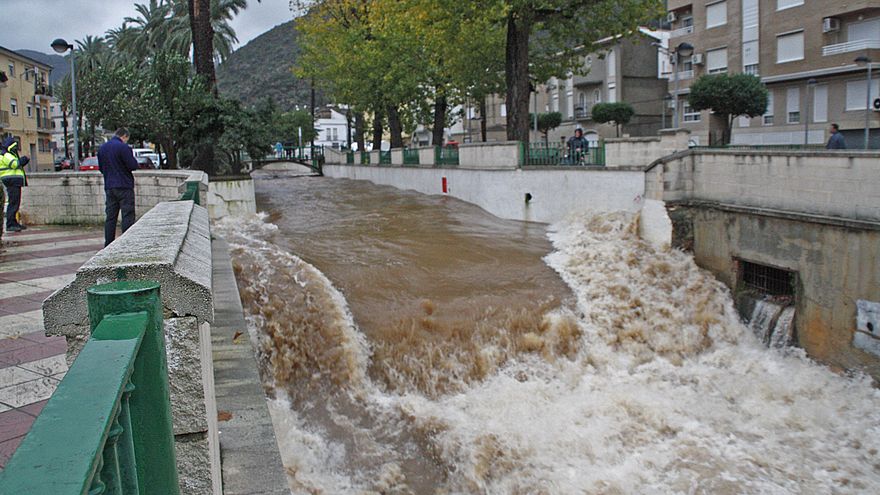 The intense rains fallen in the last few days and the force of the water has overflowed a river in Estepona. The water flooded the road and made it impossible to circulate at this point. “You can’t see the way across the river. More and more water,” warns a neighbor.

Precisely in Malaga the orange warning has been activated due to significant risk of precipitation. The last rains have flooded roads and streets and some homes have been completely isolated in Sierra Bermeja: “Now we are afraid that the bridge will break”, explains another neighbor.

From today, an isolated cold squall could be located in the Gulf of Cadiz and provoke another episode of haze in some parts of Andalusia, although it will not be as intense as the last days.

For its part, the Valencian Community continues to feel the effect of the rains. The Túria has surpassed its limit when passing through Vilamarxant and has flooded fields and part of the valley of the river in Riba-roja. In this locality it has also had to close the polygon L’Oliveral and the municipality is considering containment measures before new floods.

Rainfall has also knocked down trees in the city of Valencia and in the municipalities of Artana, Eslida and Millares classes have been suspended due to difficulties of road communication due to flooding.

The storm has also left its mark on Murcia. In this region, the rains have caused the collapse of a retaining wall and the consequent collapse of the road of the Slopes of the Cedacero in Cartagena.