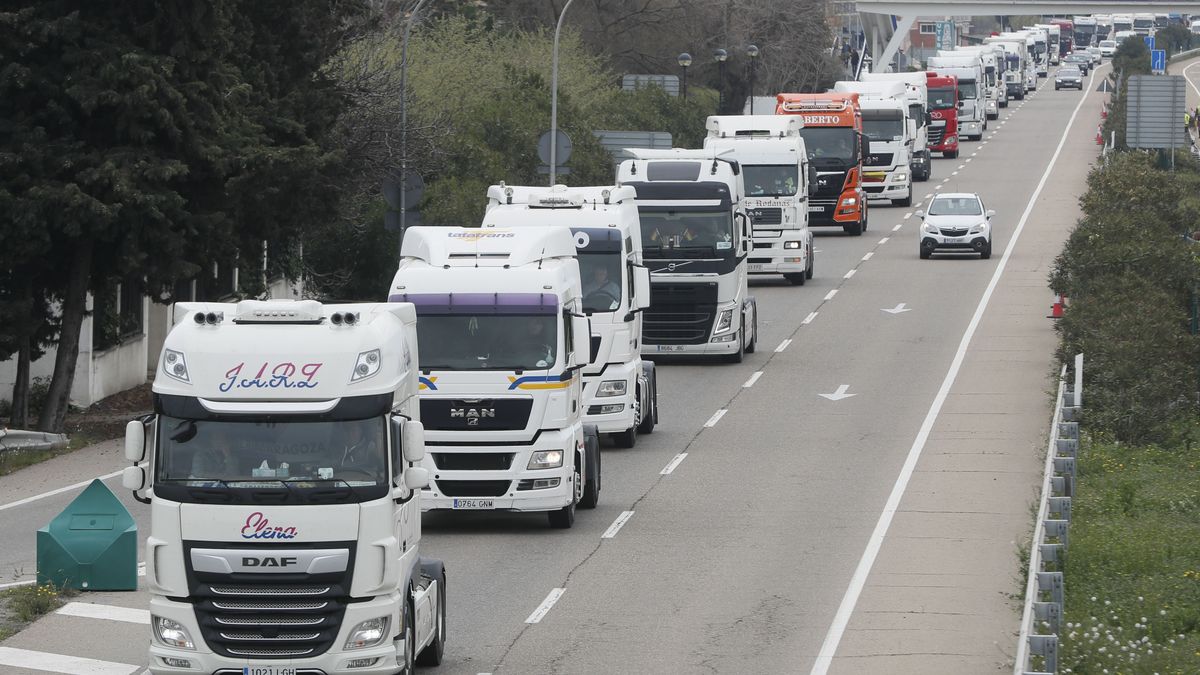 After almost 12 hours of negotiation, the Government and the National Road Transport Committee have reached an agreement that does not include the national platform that has called the strike. With this consensus, both parties hope to convince the indefinitely strike hauliers to resume their activities. Those responsible for the convening platform reported that whatever the outcome of the agreement ruled out ending the strikes and this Friday they have called a manifestation in front of the headquarters of the Ministry of the sector in Madrid.

Government aid to the sector amounts to 1,050 million euros. One of the most notorious measures included in the agreement is a reduction of 20 cents per litre on fuel until 30 June. In addition, more than 600 million will be allocated to grant a bonus of 15 cents per liter of fuel to professionals of this group, to which will be added another 5 cents contributed by the oil companies.

Government estimates a monthly saving of around 700 euros for diesel per truck. A further EUR 450 million in direct aid will also be granted to the freight and passenger transport sector from public budgets: EUR 1,250 per truck, EUR 950 per bus, EUR 500 per van and EUR 300 per light vehicle (taxis, VTC and ambulances), with a maximum limit of 400,000 euros per company.

The agreement includes extending the maturity of ICO loans to the sector and doubling the budget for aid for abandonment of the profession of transporter (from 10 to 20 million euros).

These measures will come into effect once the decree law prepared by the Executive for the council of ministers on Tuesday, March 29, is approved as part of its plan to respond to the economic impact of the war in Ukraine.

The President of the Government, Pedro Sánchez, has celebrated the “great agreement” that has been reached this morning between the Executive and the National Committee of Road Transport. ” Tonight we reached a major agreement with representatives of the transport sector, which will involve an injection of more than EUR 1 billion. The Government works tirelessly, both in Spain and in the European Union, to mitigate the effects of the war. We continue,” he wrote on his Twitter account.

In the same vein, the Minister of Transport, Raquel Sánchez, has concluded the agreement. ” We said so and we complied: we would not leave the table without an agreement that would clearly benefit the transport sector suffering the consequences of the war. The Government is on the side of the workers, the productive and the families of our country,” she wrote in her profile.