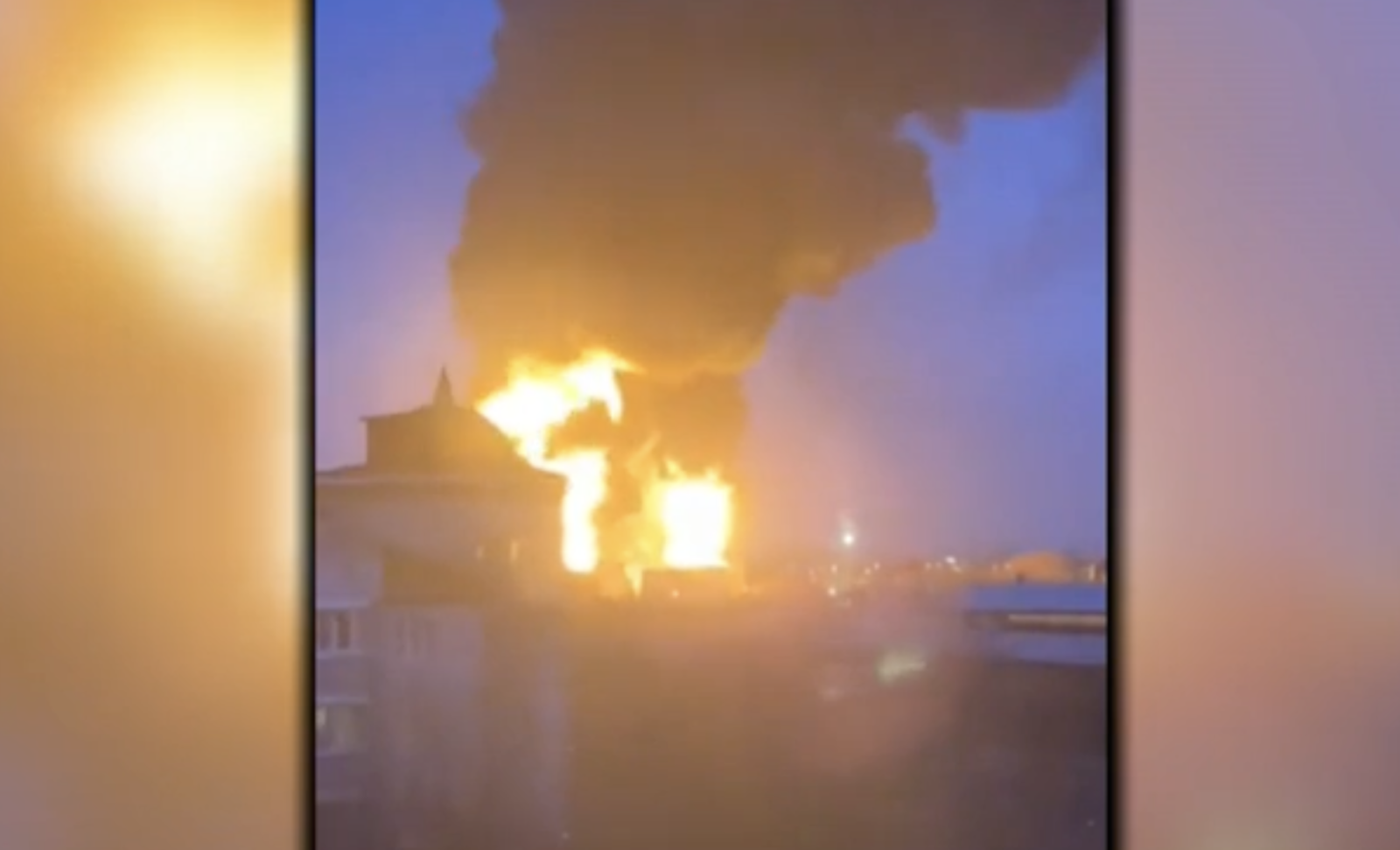 A fuel tank was bombed early this morning in the Russian city of Belgorod, only 30 kilometres from the Ukrainian border. According to the Kremlin, the attack was perpetrated by the Ukrainian army, which launched the missiles from two helicopters.

In a video of the attack you can see, in fact, a helicopter flying at low altitude seconds after one of the explosions, which has caused a huge fireball.

If the responsibility of the Ukrainian army is confirmed, this would be the first air attack by Kiev on Russian territory since Moscow launched its offensive in Ukraine on 24 February. Kiev, in any case, has not yet pronounced itself on the matter.

According to information provided about this attack by the Moscow government, the fire caused by the explosion has injured two workers and at least 170 firefighters are acting to put out the fire, as reported in Telegram by the Russian Ministry of Emergency Situations.

The same source adds that the Belgorod authorities have proceeded to evacuate some areas of the city, located 30 kilometres north of the Ukrainian border and 80 kilometres from Kharkov, the second Ukrainian city that has been heavily punished by Russian bombs since the early days of the war.

In parallel, Kiev announced this morning that Ukrainian President Volodymir Zelenski demoted two generals for “violating the military oath of allegiance to the Ukrainian people”, based on the disciplinary status of the Armed Forces.

Zelenski announced in his usual evening speech released by the Ukrainian presidency that he made that decision regarding “the anti-heroes. Now I do not have time to deal with all traitors. But gradually everyone will be punished”.