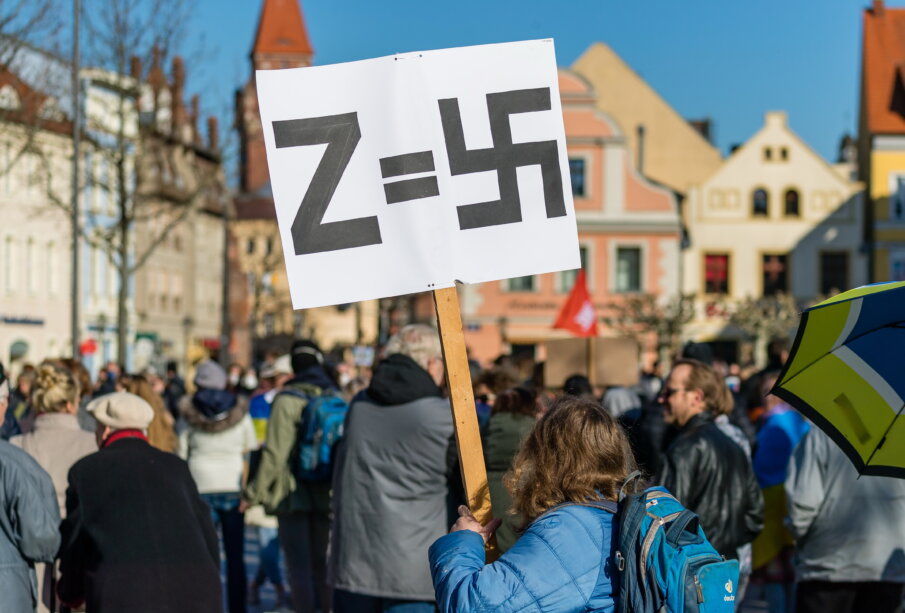 It has become a symbol of support for Putin. But using the letter Z will have legal consequences in Germany. “Everyone can express their opinion”, said the Bavarian Interior Minister, Georg Eisenreich, “but freedom of expression ends where the Criminal Code begins”.

The German regions of Bavaria and Lower Saxony were the first to ban the use of the ‘Z’ as a symbol of support for Russian troops during the war with Ukraine. Later, politicians from other federal states such as Berlin, Saxony-Anhalt and Baden-Württemberg also spoke out in favour of criminalizing its use.

The German Penal Code prohibits the promotion of illegal acts that disturb public order. Article 140 of the Criminal Code provides that conduct involving public approval of offensive warfare and aimed at altering public peace may be punishable. That is the basis on which the authorities rely after checking how the letter “Z” has begun to be seen in cars circulating on German soil.

Although the measure is not easy to apply. Unlike other clearly recognizable symbols, the war-supporting ‘Z’ is simply a letter of the Latin alphabet. The Federal Government admits that it will not be easy to prove when it is used as an exaltation of the attack on Ukraine, and therefore leaves this interpretation to the courts to which these complaints are submitted.

The German Penal Code prohibits several of them explicitly in another of its articles, 86: the swastika, the Hitlerite salute and the anthem of the Nazi party. Swastika may not be worn on flags, badges, uniforms, or the hymn in greetings or songs under threat of fines and custodial sentences of up to three years.

The letter ‘Z’ does not exist in the Cyrillic alphabet but is used by Russian military vehicles involved in the war against Ukraine, and can also be seen in private cars in Russia and even from the Kremlin have been launched propaganda campaigns with that letter as protagonist.

According to experts, the ‘Z’ could be an abbreviation of the phrase “for victory”. Others think it could mean West. The concrete meaning of the sign is unknown, but it is already present in cars, clothes or social networks to demonstrate support for Russian troops.

So popular has become this symbol, that the insurance company Zurich has withdrawn its logo (a white ‘Z’ on a blue background) to avoid any possible interpretation of explicit support for Russia.