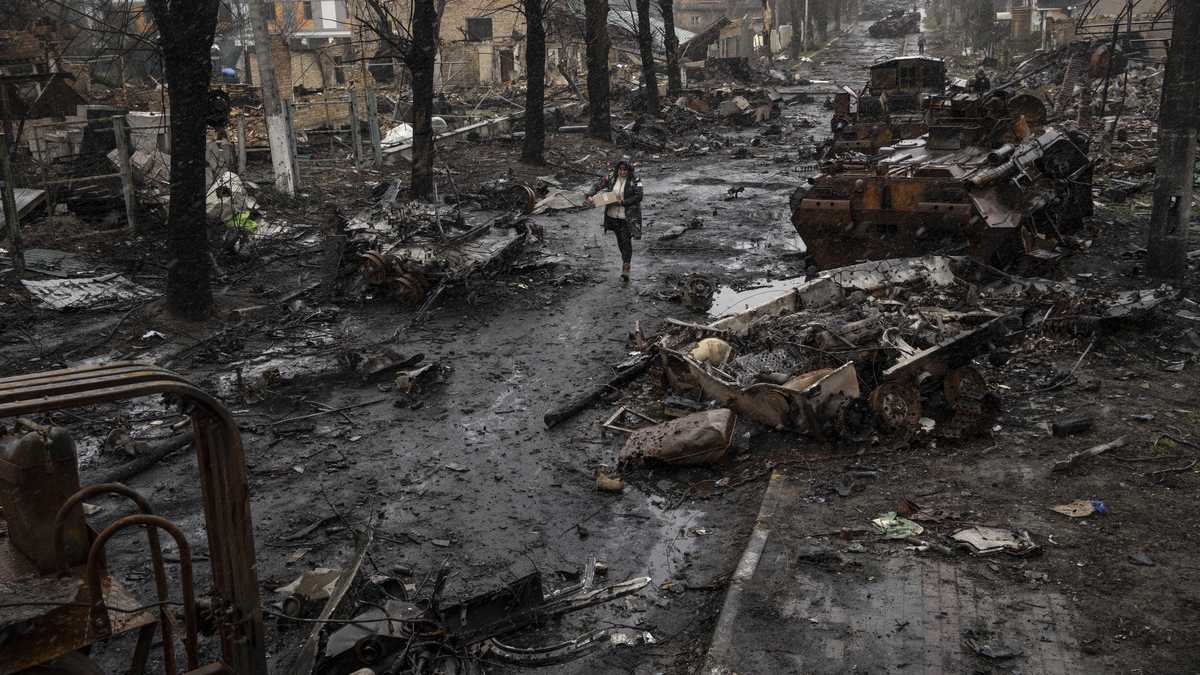 Russian forces reorganize in the war against Ukraine and focus their offensive on the Donbas region. In the past 24 hours, the Ukrainian Government has managed to evacuate 2,694 people from the areas most severely hit by the Russian army. Missiles have fallen heavily on the city of Odessa. In Mykolaiv, alarms have also sounded all night warning of attacks. Mariúpol, in the south of the country, remains the key target of the Russian invasion. The city is in ruins. More than 469 residents have been evacuated in the last few hours.

Another 1,467 people were evacuated from the cities of Lysychansk, Severodonetsk, Rubizhne and Kreminna, all of them in the eastern region of Luhansk, also heavily punished by Russian bombardments. The withdrawal of Russian troops from the north of the Ukrainian capital, Kiev, has revealed the alleged summary executions of several hundred civilians in the suburb of Bucha and other areas. The president of Ukraine, Volodimir Zelenski, described on Sunday on US television “genocide” against the Ukrainian people.

On the contrary, Russia denied these accusations this Sunday and affirmed that “all the photos and videos published by the Kiev regime, which allegedly testify to some kind of crime by Russian military personnel, are another provocation”. Russia claims that during the time when this city was under the control of the Russian Armed Forces “not a single local resident suffered violent actions”. Russia claims that it never blocked the exit from the city and that “all local residents had the opportunity to freely leave the town in a northerly direction, even to the Republic of Belarus”.

The words of the Kremlin do not seem to reassure the international community. Human Rights Watch (HRW) claimed to have indications that the Russian Army is committing possible war crimes in areas under its control, including summary executions of civilians.