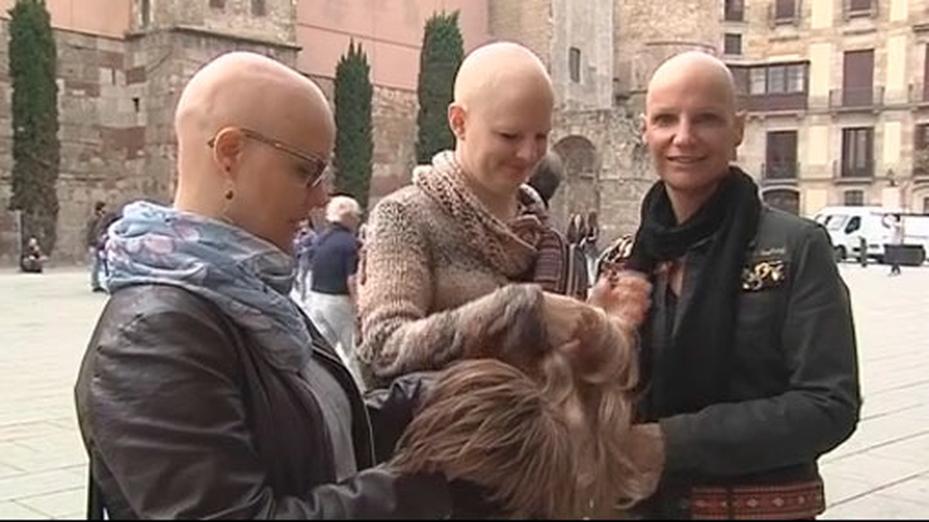 Up to 30% of women in the world suffer from alopecia, however, it remains a taboo in our society. Some of the causes that influence hair loss among young women are severe hormonal imbalances, the appearance of anemia and, as a consequence, lack of iron, or genetic capital.

An interview was carried out with five women from the Association of Alopecia in Madrid to find out what it’s like to live with alopecia. One of them has explained that she started at age six. After going through several treatments, she lost her hair completely a couple of years ago. All explain that they have had to go through a hard process of acceptance after going through several treatments such as cortisone.

“I was ashamed, I was ashamed that they knew I was wearing a wig,” explains one of them. The members of this association work with a team of psychologists who help women who need support to accept their new situation. ” We demand that therapies be offered to people who need it,” they ask. They all recognize that what they had the hardest to accept were the looks of strangers. ” You feel like a freak and what you do is hide,” they explain.

These women denounce the discrimination they suffer in the labor market for not having hair. ” I went to a job interview with a head scarf and they asked me if I was going to wear the head scarf to my work port. When I was leaving the door I saw how they threw my CV away. In this sense, they ask for more visibility to women with alopecia: “There are bald actors and presenters, but there are no women presenters or bald actresses”. All of them wanted to send a message of hope to other women who are going through the same situation: “You are not alone, we are a few”.