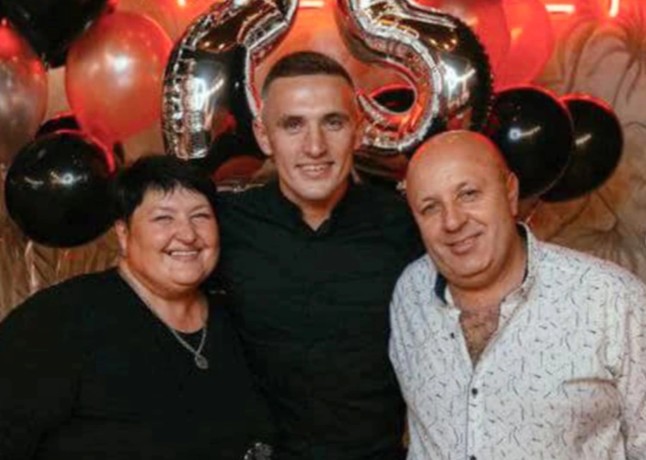 Ukrainian officials and residents of the town of Motyzhyn, near Kiev, have found the town’s mayor and her family dead with their hands tied in a grave. They claim that Russian forces tortured and executed Olga Sukhenko along with her husband and son. Ukrainian Deputy Prime Minister Iryna Vereshchuk confirmed on Sunday that the mayor and her family, kidnapped on 24 March, were “murdered in captivity”.

In recent days terrible atrocities against civilians are being revealed, which Ukrainian forces claim were committed by Kremlin troops. The massacre in Mariúpol or the barbarism that took the lives of more than 340 people in Bucha have put much more strain on the situation in Eastern Europe despite Russia’s retreat to the south-east. Now, the Ukrainian authorities denounce the horrific murder and torture of Olga Sukhenko and her family in Motyzhyn, 40 kilometres west of the capital.

The body of another unidentified person was also found in the pit. Police showed the bodies of the victims to journalists in Ukraine last Monday. Another man was found dead in a well in the garden where the pit was. All the victims had their hands tied behind their backs. The adviser of the Ukrainian Ministry of the Interior, Anton Gerashchenko, reported in a Telegram message that “they killed her, her son and her husband after torturing them”.

The Ukrainian authorities denounced to journalists from international agencies that the family had been kidnapped on 24 February, tortured and executed. They claimed that the bodies of four people had been shot at close range, as an execution, and then thrown into a pit. The victims’ eyes were also blindfolded.

Olga Sukhenko, 50, has been one of the mayors kidnapped by Russian troops as they were taking Ukrainian cities in their invasion since the beginning of the conflict on 24 February. The Ukrainian Government and the authorities have denounced this on numerous occasions. The mayor of Melitopol was released in a prisoner exchange after being kidnapped by the Russian Army on 11 March.

The retreat of Russian troops to the south-east of Ukraine makes attacks on cities like Mariúpol even more intense. The fighting veers towards the pro-Russian separatist areas of the Donbas. With the capture of Mariúpol, in the Sea of Azov, the Kremlin would have a clear way for a bridge connecting with the regions of Donetsk and Lugansk.