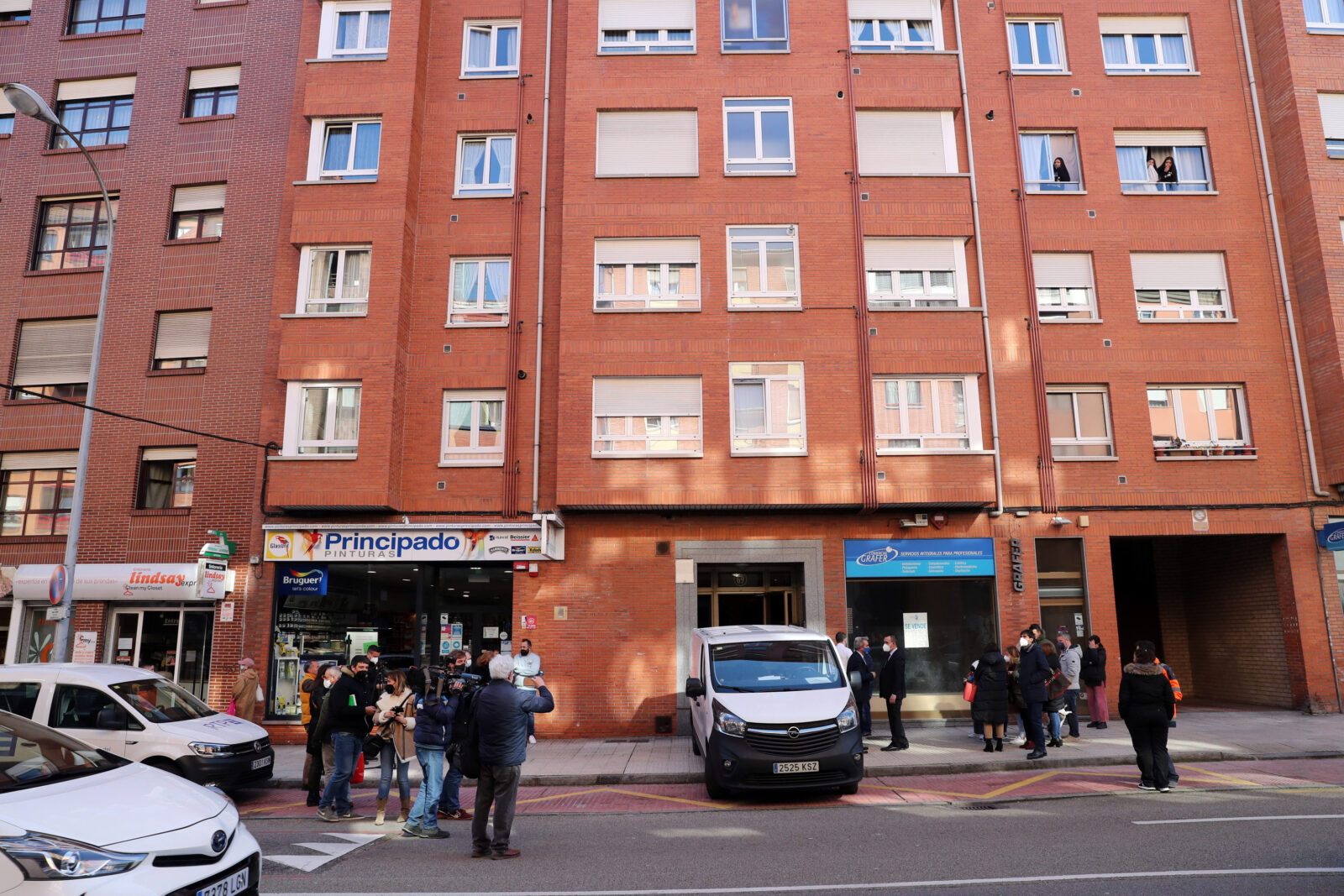 The 14-year-old girl murdered on Vázquez de Mella street in Oviedo appeared inside a house where a man, the alleged murderer, was inside. The individual was arrested at the scene. The 091 service received a call last Tuesday about 4:00 p.m.

The girl was reportedly returning to her home in the Vallobín neighbourhood of Ovento. She rang her doorbell, but never got up. Due to the waiting, her parents decided to go down to look for her and it was there that a pool of blood was found on the landing that led to the first floor of the building. After receiving the alert, the police officers went into the building. They could not enter through the door to the place where the blood trail arrived, so they entered through the window.

When the authorities managed to enter the apartment, they found a 32-year-old man of Moldovan origin next to the body of the 14-year-old girl. The alleged killer also had stab wounds. In the neighborhood of Oviedo they are dismayed by the crime: “We are very sorry, she was a very quiet girl, an angel”. Neighbours have reported that the detainee had recently been living in the building. He was transferred to the Central University Hospital of Asturias before being arrested by the National Police.

This Wednesday the man arrested for stabbing his 11-year-old son last Sunday in Sueca (Valencia) goes to court. He had a restraining order against his ex-wife for ill-treatment. The Sueca Examining Court number 3 will handle the case.

The individual has been detained since Sunday, after the mother of the 11-year-old boy went to the father’s house to pick up the child on his birthday. The man didn’t open the door to his ex-wife, so she called emergency services. It has recently become known that the minor was not sure whether he wanted to see his father.