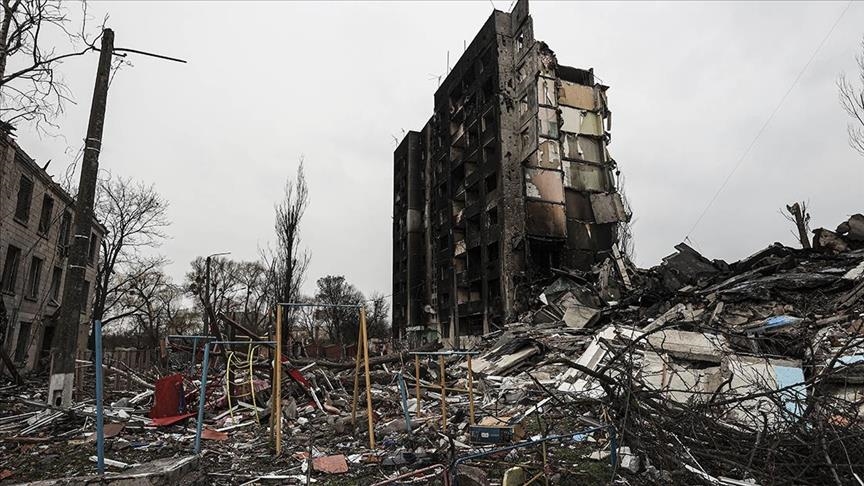 The war in Ukraine continues after 42 days of fighting. The images that can be seen in a video are of Borodyanka: a city that has been devastated. Rubble, ruins… that’s what this Ukrainian town looks like after it was liberated from the Russian Army.

The Prosecutor-General of Ukraine claims that more victims have been found in Borodyanka than in Bucha, although the death toll has not yet been revealed and NGOs are already working on the ground to look for evidence of war crimes. Ukraine insists they have more than 5,000 evidences.

Borodyanka is located 50 kilometers from Kiev, the Ukrainian capital. Some already call it the new Bucha for the crimes that have been committed. Neighbors return to their homes, but many encounter rubble.

Dimitri lived in a block of flats in that city and, so far, has only found a photo album of when his mother went to high school in 1991.

During these weeks the city has become a battlefield: “I think what has happened is a catastrophe,” says one man. ” There are people under the rubble”.

Police work to find survivors, but only bodies appear under the rubble. The city is in ruins, devastated. The military is trying to locate unexploded mines and the Prosecutor General of Ukraine says that what happened in Borodyanka “could be even worse than the crimes in Bucha”.

“There are still no definite numbers of dead. We don’t know how many people were in the apartment buildings,” explains Vladimir, a police officer.