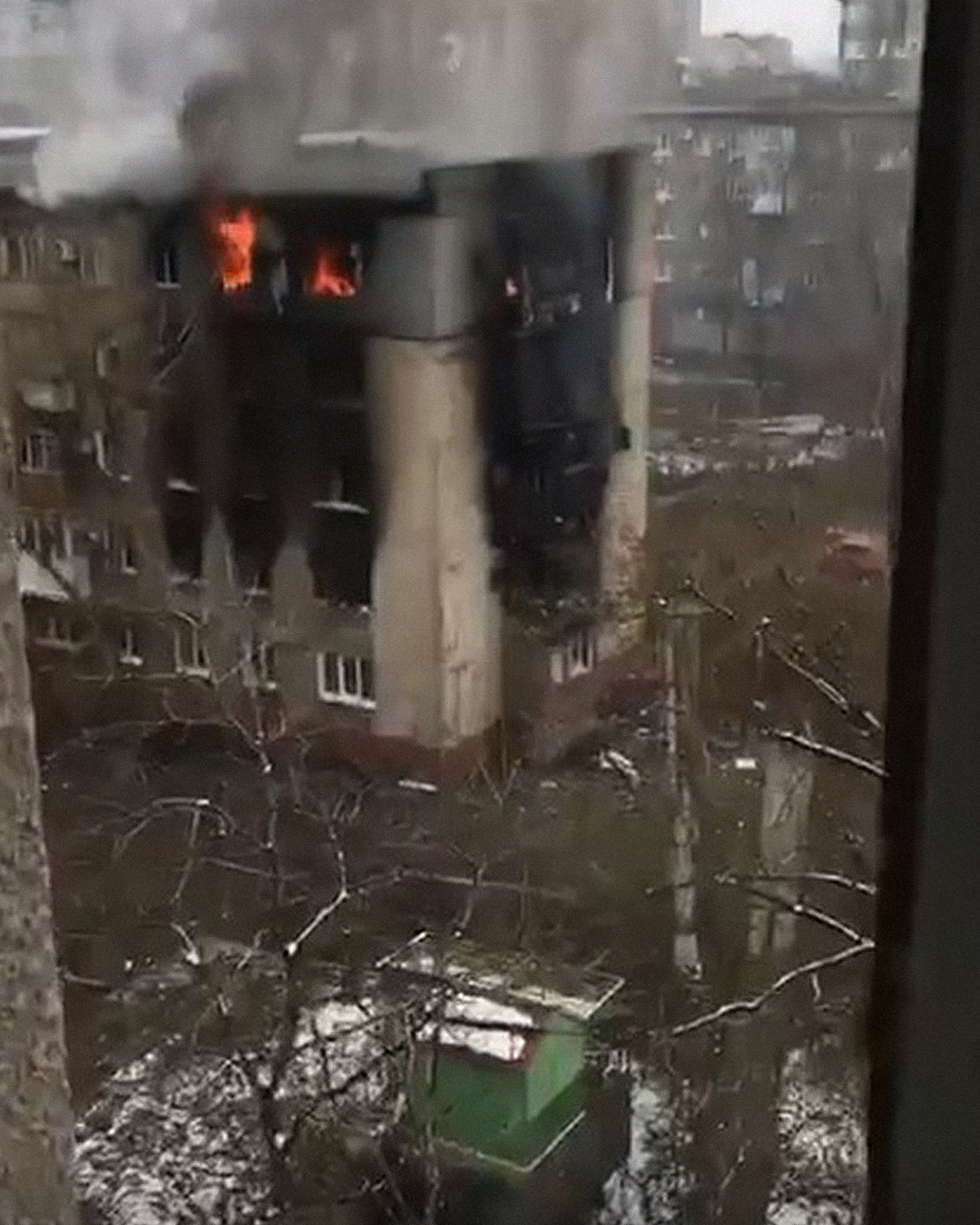 Faced with the devastating war in Ukraine, with 42 days of fighting, bombing and evacuations, we often say that history repeats itself, reminiscent of the Second World War. Alena Zagreba is not in Amsterdam, but in Mariúpol, and instead of the Nazi troops of Adolf Hitler are the Russian troops of Vladimir Putin. In the 1940s a 15-year-old girl named Anne Frank starred in one of the most emotional stories at the time, now Alena, also 15, repeats the story.

Alena Zagreba has a diary and she has become the Ukrainian Anne Frank with her story on social networks about the eternal three weeks that she remained hidden in her house under the bombardment of Russian troops. In the videos about how she resisted the horrors of the war in Ukraine, you can see the devastation in the house of Alena and the surroundings. The young woman recorded her life day by day in a devastated city besieged by continuous bombardments.

The 15-year-old Ukrainian girl shows her home, her refuge from the offensive of the Kremlin forces. When the conflict broke out on 24 February with the entry of Russian soldiers through eastern Ukraine, Alena was with her family in Mariúpol. She spent three weeks hiding with her mother and father. The port city south of the country is the most devastated of the war, so they remained hidden, without electricity, water and heating.

The 15-year-old has managed to escape from the “apocalyptic” Mariúpol and reach Luxembourg, where she has been able to share her diary with the world. In a car they reached Zaporiyia and then left the country. ” It seems that there was a fire on the fourth floor, my father ran out to warn the firefighters that were not far from here,” Zagreba said in one of her videos with a lukewarm and disheartening expression. From the building you could see the devastation, the flames and the roar of combat and daily bombardments.

“There is a fire there and there are already 35 broken windows,” she exclaimed as she showed images of a blazing fire in front of her house. ” These boxes of ice were used for drinking water and washing,” she explained on another page of her diary. Her parents were risking their lives to get out and heat the water. ” Well, at least we were able to heat water and eat chicken and soup,” she said.

Ruined buildings, smoke queues, burning cars, the sound of bombs, broken glass and destruction are the main protagonists of the diary. Alena Zagreba only thinks about going back to her city and meeting her friends. Meanwhile, on Wednesday, April 6, the deadline given by Moscow for the withdrawal of Ukrainian troops in Mariúpol expires. Russia ensures that now is the time to “liberate” the port in the city of Mariúpol from the “Ukrainian nationalists”.