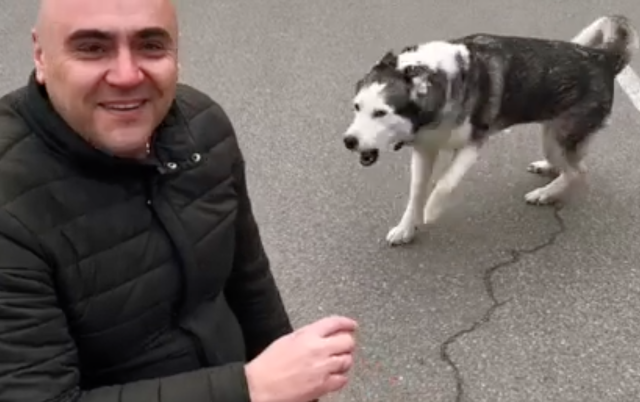 After the abandonment of Russian troops from the city of Bucha, a few kilometres from Kiev and four weeks after the start of the invasion, the world is becoming aware day by day of the atrocities committed in Ukraine.

Volunteers from the Kaskus Kalinouski Battalion, a unit of Belarusians on the Ukrainian side, found a stray dog who answers to the name Nessie. The military took care of her and looked for her owner, something that would be achieved sooner or later.

After some time, the touching news has gone viral, after the moment was recorded just when the dog could finally meet its owner. It was a moment of joy in the parking lot of a supermarket in Kiev.

In the video that has been shared by social networks and various media, you can see the moment in which the dog is winning hearts after the reaction to meet the owner.

Nessie cried, ran in the instant and increased her speed to shudder at the sight of her owner again. There was no abandonment, the owner of the dog did not rest until he found her.

Kastus Kalinouski, Belarusian battalion, through Storyful said: “As long as some treat people like animals, we are fighting for the lives not only of humans but of all animals!”.

Now he has met with the owner and the reaction of the two is exciting. A very emotional moment, to be safe again. They have survived the Russian invasion and their joy is uncontrollable.