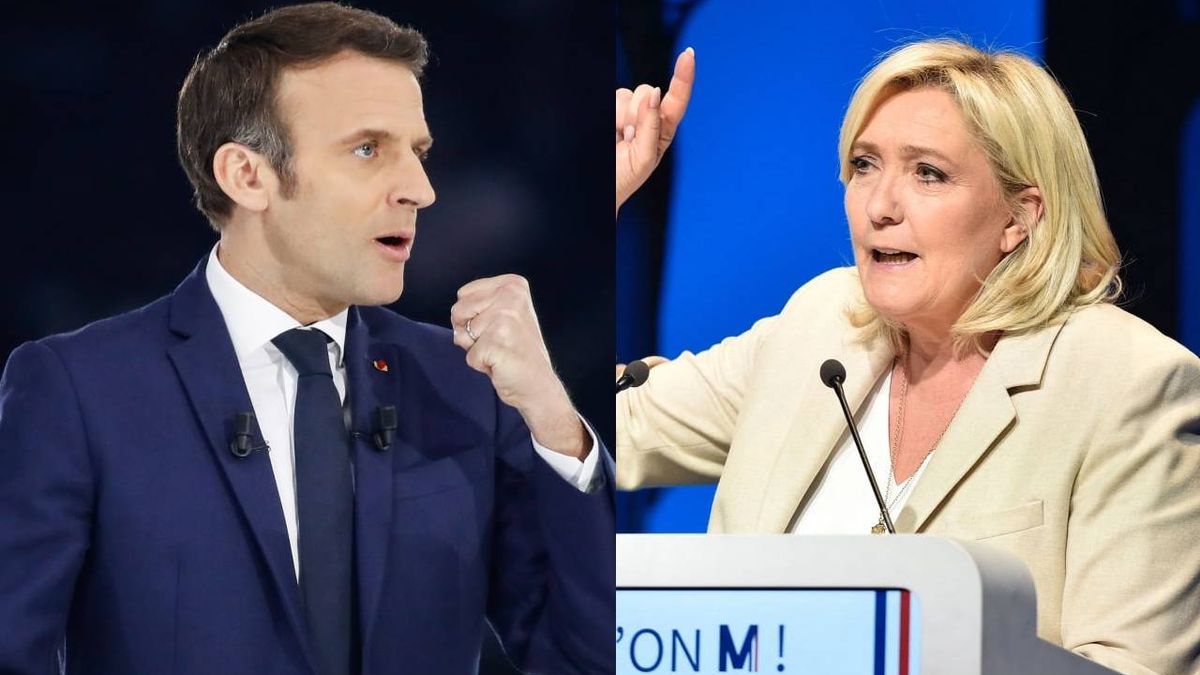 The French president and candidate for re-election, Emmanuel Macron, has been the most voted (26.16%) in the first round of the elections in France held this Sunday and the Presidency will be contested on 24 April with the ultra-right candidate, Marine Le Pen (28.17%), according to official results corresponding to 41% of the count. The third most voted candidate was left-wing Jean-Luc Mélenchon, who obtained 18.25% of the ballots, according to data published by the French Ministry of the Interior.

After knowing the polls at the ballot box that already anticipated that Macron and Le Pen pass to second round, the main conservative, socialist and environmental candidates have asked the vote for Macron to defeat Le Pen. Valérie Pécresse, candidate of the Republicans (conservatives); Fabien Roussel, candidate of the French Communist Party; the environmentalist Yannick Jadot and the candidate of the Socialist Party, Anne Hidalgo, have asked for the vote for Macron. In addition, the candidates who support Macron plus Mélenchon would make up 28.57%, which added to Macron’s own 26.16 augur a comfortable victory for the current tenant of the Elysee. In contrast, the sum of the percentages of Le Pen and Zemmour reaches 34.8%.

It is not an irreversible advantage. And in the next two weeks the centrist Macron will have to convince many Frenchmen disenchanted with his administration of these five years in power, or with a personality and style that they consider haughty and elitist, to support him and avoid Le Pen’s access to power. Macron has nothing to gain from Le Pen, who was already his rival five years ago. And it would be wrong to trust her.

Since 1981, it is the first time that a final is repeated. On that occasion the socialist François Mitterrand beat the president Valéry Giscard D’Estaing, after having lost to her seven years earlier. In 2002, presidential terms went from seven to five years. Since the mandate was shortened, no president has been re-elected. Nicolas Sarkozy lost to François Hollande and, five years later, he resigned from running again.

“Not a single vote should be given to Le Pen,” said leftist leader Jean-Luc Mélenchon. The conservative Valérie Pécresse said: “I will vote for Macron to prevent the coming to power of Le Pen and the resulting chaos. I am not the owner of the votes received, but I ask my constituents who have honoured me with their trust to weigh in the coming days the potentially disastrous consequences for our country and future generations of any decision other than mine”.

The socialist Anne Hidalgo, with a historical stick for her party admitted her own defeat and also requested support for Macron. These results and the high abstention, in her opinion, show a divided France and with the extreme right at the gates of power: “I ask you to vote against the extreme right of Le Pen”.

That need for union against the representative of Agrupación Nacional was shared by the environmentalist Jadot and the communist Fabien Roussel.

On the other hand, he spoke clearly in favour of Le Pen was the also ultra-right Éric Zemmour: “There is before her a man who has brought in two million immigrants, who has not said a single word of security and immigration in the campaign. I won’t vote the wrong opponent”.

He also announced his support for Le Pen the sovereignist Nicolas Dupont-Aignan.

Le Pen’s objective will be to capture the vote of the discontent of the population for a president who for many voters is seen as an elitist and arrogant man who despises them. It will also seek to strengthen an image that it has been cultivating for years and that in this campaign seems to make connections with a large part of the electorate. Le Pen presents herself as a strong leader close to the French on foot, friendly and humane. It moves away from the style often associated with historical far-right leaders as aggressive and xenophobic.