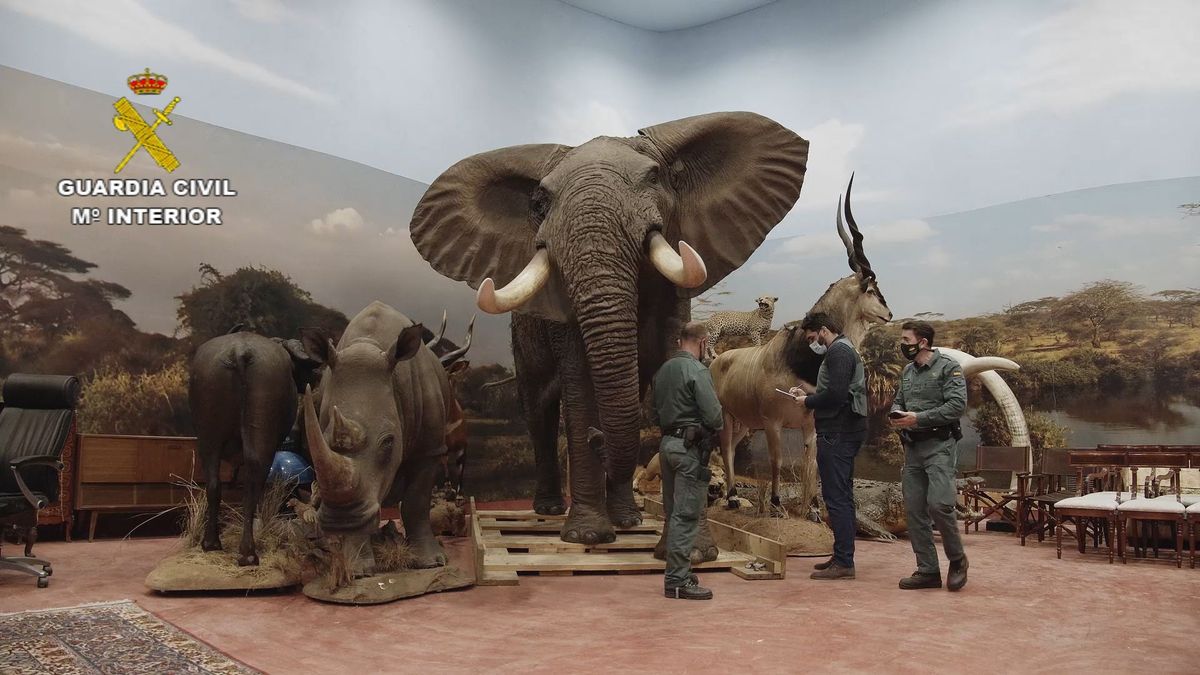 Bengal tiger, cheetah, leopard, lion, lynx, polar bear, snow panther or white rhinoceros are some of the specimens dissected that have been found in the register of a ship of more than 50,000 square meters in the Valencian municipality of Bétera. Guardia Civil agents have seized 1,090 stuffed animals, destined for smuggling and valued at more than 29 million euros, the largest finding of nationally protected species and one of the largest in Europe.

Among the animals found, Guardia Civil agents have even discovered extinct animals like the ‘oryx dammah’, or almost extinct like the ‘addax’ or the bengal tiger. They also found 198 pieces of large elephant ivory tusks. 405 of the more than 1,000 species seized belonged to CITES, the Convention on International Trade in Endangered Species of Wild Fauna and Flora.

The Guardia Civil learned about the month of November of a possible private collection of animal specimens. It was then that the operation ‘Valcites’ began, developed by the Nature Protection Team of the Guardia Civil Command of Valencia. So far, one person accused of smuggling and another related to the protection of flora and fauna has been investigated. The case is in the hands of the Court of First Instance and Investigation number 2 of Llíria who must proceed to analyze all the documents seized.