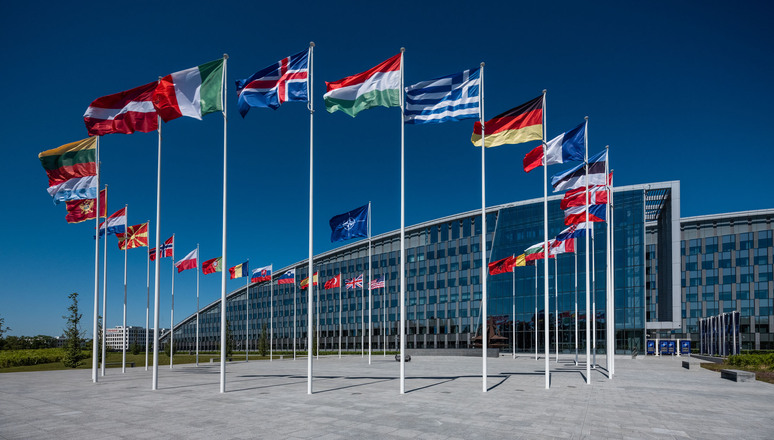 A week after the meeting in Brussels between NATO foreign ministers and those of Sweden and Finland to address the war in Ukraine, both Nordic countries would be planning to apply for membership of the Atlantic Alliance next June, according to the British newspaper ‘The Times’. The movement would be a direct attack on Russia, which has reiterated on several occasions that the entry of both countries into the body would entail serious military political consequences.

The war in Ukraine provoked by the Russian invasion has changed the “sense of debate” of the accession of Sweden and Finland to NATO, as Finnish Prime Minister Sanna Marin advanced more than a month ago. Officials from both states would be pointing out the Russian Federation’s “big strategic mistake” and “are ready to join NATO in the summer,” the British newspaper says. In the event of membership, the membership of the Alliance would be increased from 30 to 32.

The United States trusts the measure that would add more power and strategic enclaves to NATO. Washington would have “remarked” that this movement is due to a “direct consequence” of the war in Ukraine. An American official has told ‘The Times’ that the union of the two Nordic countries to the Atlantic Alliance has been a topic much discussed during the meetings of the Foreign Affairs headlines last week.

The new entry of European countries into NATO is one of Vladimir Putin’s biggest concerns. One of the arguments for their “special military operation” was the possible incursion of Ukraine into the Alliance. Finland’s Finance Minister Annika Saarikko said: “if the Government believes that the step and the moment are right, then I, as President of the Centre Party, with your support, am prepared to set the course for Finland’s entry into the NATO defence alliance”.

Traditionally, Finland has been against an entry into the military, however, the war in Ukraine, the massacres in Bucha, Buzova, Mariúpol, and the devastation of the towns in Eastern Europe, have provoked a change of course. The Kremlin has warned the Nordic countries that it will “respond” if they make the decision to join NATO. Russia threatens to “rebalance” the situation.

Finnish Foreign Minister Pekka Haavisto left the door open: “There is a major NATO summit in Madrid in June. Of course, the Alliance is thinking about whether Finland and possibly Sweden will have submitted their membership applications before the summit”.

Russia looks very closely at the decision of both countries. The giant of the former Soviet Union shares about 1,300 km of border with Finland. The border battle is a key point for Vladimir Putin’s power position and the entry would pose a geopolitical threat to the Kremlin.

Last March, at a press conference, Swedish Prime Minister Magdalena Andersson said: “If Sweden were to join NATO in the current situation it would further destabilise this area of Europe and increase tensions”. The development of war would have meant a change of heart to strengthen security in the old continent.