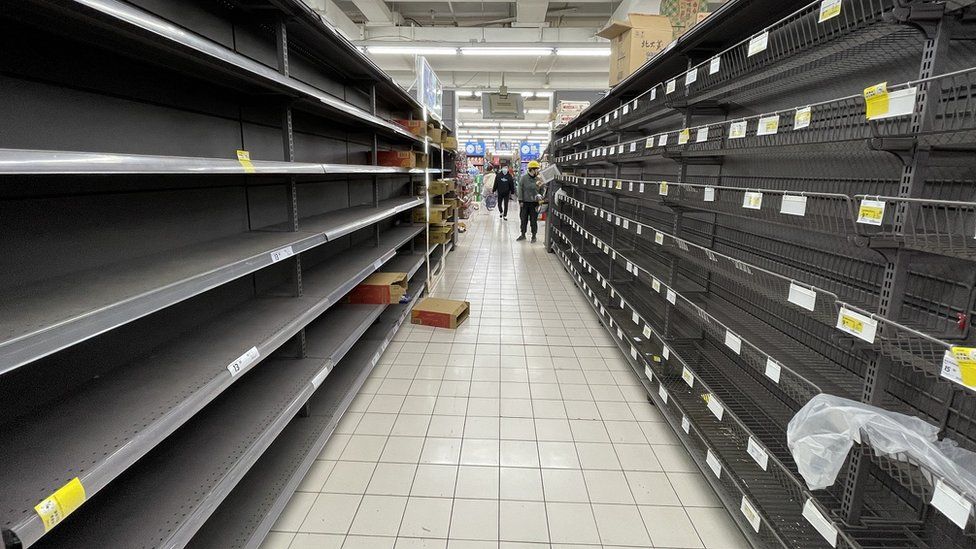 The National Health Commission of China confirmed this Sunday the detection of 1,351 new positive coronavirus, 1,318 local contagion, in addition to 25,111 asymptomatic cases. Meanwhile, citizens of Shanghai loot emergency food supply points. They have been locked up for more than 20 days and are afraid of running out of food or basic hygiene products.

Supply problems put an end to the patience of a small part of the neighbours, in a China that insists on its strict policy of reducing coronavirus infections to zero. The eastern Chinese metropolis of Shanghai plans to relax the confinement imposed on the city by the recent rebound of covid cases, but before the authorities will perform a new round of nucleic acid test for all its residents.

The authorities of the Chinese city of Canton, in the south of the country, announced on Sunday that they will also test residents of several districts of the city after confirming today 2 cases of covid registered on Friday. The omicron variant has returned China to the starting square in its particular “battle” against covid, with strong restrictions on mobility, borders closed to the outside and confinements of entire cities such as the eastern metropolis of Shanghai.

According to the accounts of the institution, since the beginning of the pandemic, 163,042 people were infected in the country and 4,638 died, the last two in March, which were the first deaths recorded in more than a year.