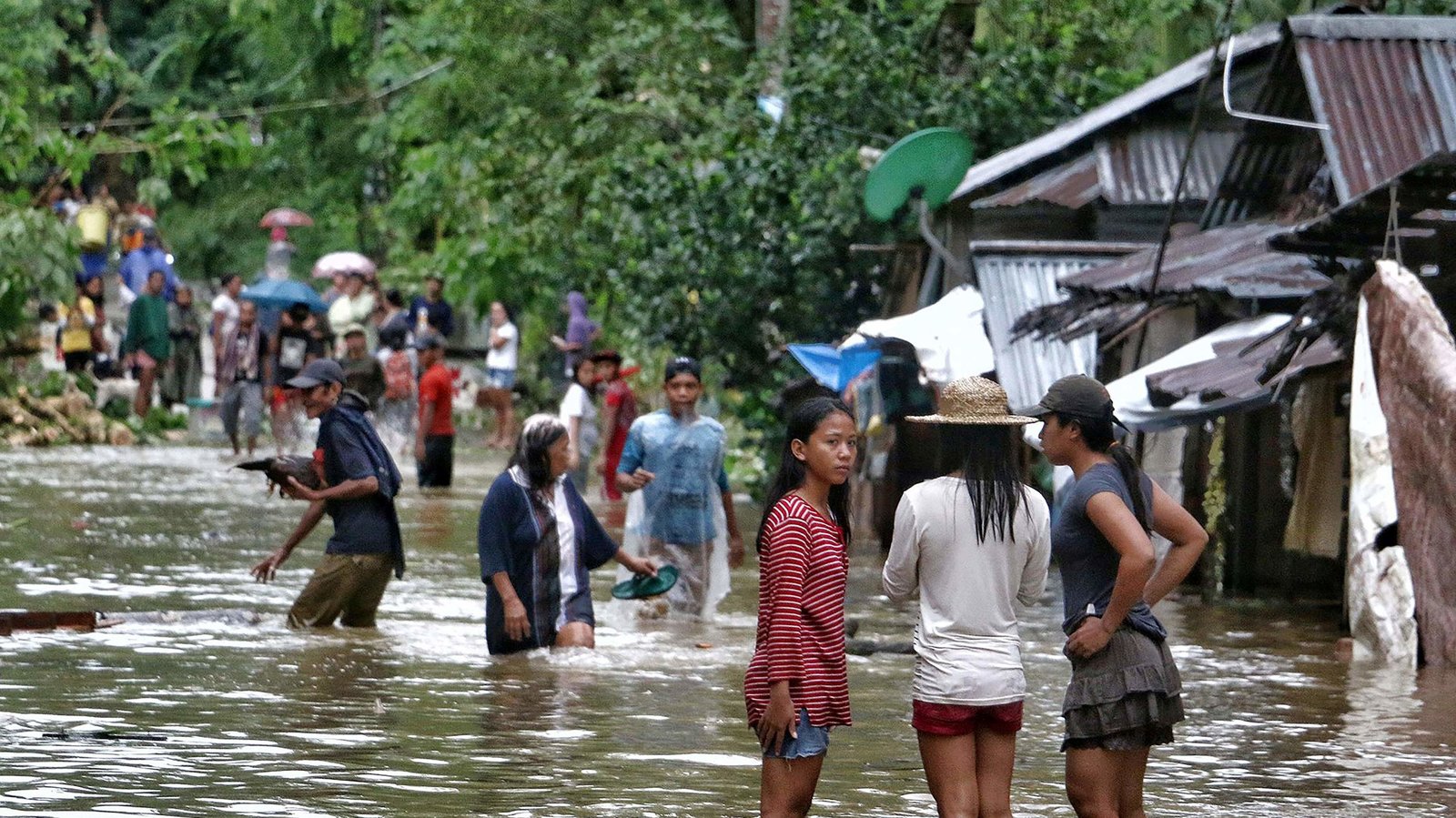 Tropical storm ‘Megi’ hits the Philippines and leaves 25 dead, 45,000 affected and 17,000 evacuated. Authorities reported last Monday that the people died in landslides and flooding on the east and south coast of the Southeast Asian country. The storm is the first to hit the archipelago in 2022, which usually suffers about 20 such storms a year.

The province hardest hit by ‘Megi’ is eastern Leyte, where 22 bodies have been found after being buried under a landslide. The Baybay City Police Chief Joemen Collado said so. Roads and homes have been submerged by waters in the southern Philippines after heavy rains brought by the tropical storm. The National Council for Disaster Risk Reduction and Management noted that more than 17,000 people have been evacuated to the temporary centres authorized by the authorities.

The National Disaster Agency reported that three people also lost their lives in the southern region of Davao, although they said that they have not yet been identified. The police chief remarked that rescue operations are ongoing and has reported that at least six people are missing.” There were landslides in the communities and then some of the victims were washed away by the floods,” Collado told local media.

In the Southeast Asian country they have named the tropical storm ‘Megi’ as ‘Agaton’. It arrived last Sunday along the east coast of the territory in a northeastern direction. The archipelagos of Bisayas and Mindadao, in the centre and south of the country, they have suffered severe flooding and landslides. More than 286 floods have been reported in the Philippines. The authorities have reported that the phenomenon has lost intensity and strength, and is currently hitting the eastern island of Samar.

Several images have been shared by the local fire department. The videos show how rescuers manage to save people from flooding and search for survivors by boat in submerged areas. The state meteorological office details that they expect the storm ‘Megi’ to return to the sea this Tuesday, ending the disaster in the Philippines.

The city of Cebu, in the centre of the country, has also suffered the ravages of ‘Megi’. Schools and work were suspended last Monday and Mayor Michael Rama declared a state of disaster with the aim of quickly releasing emergency funds to mitigate the effects of the tropical storm in the area.