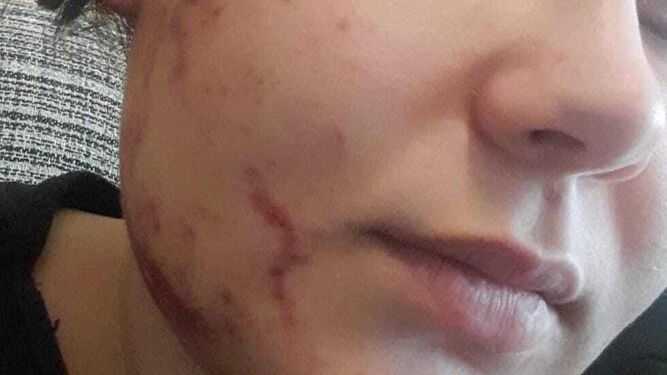 The father of the alleged assailant has sent a letter of repentance to the victims. “I ask for a thousand pardons to the families of the two girls, whom I know and who are good people,” he says in the letter, in which he is very affected by what happened: “I have been in shock with the news of this boy, I don’t even know what to call him, because I am very ashamed to call him my son”.

He claims that he did not raise José, the alleged abuser. He tried to educate him “in the right way”, but since childhood “he wanted to live his own life, however he saw fit, but obviously it was not the right way”. In addition, he adds that his son threatened him, continuously, “threats like, I’m going to kill you, you’re a terrible father”.

In the letter, sent to Hoy Jerez, he indicates that he fears reprisals from his son: “I ask that the Justice do everything necessary regarding these facts. I had to leave my family home for fear of him, for not supporting him”.

The alleged assailant, 20 years old, was wanted and has been captured. He was arrested last Wednesday in Córdoba for allegedly assaulting his partner, a 17-year-old girl. The girl had to be treated at the hospital for injuries and bruises all over her body. After being released on charges, the young man had to go to testify before the Jerez Women’s Violence Court, but did not appear.

When he was a minor he already served a sentence for mistreating his ex-partner, another girl from Jerez. The father of the alleged aggressor asks his son to surrender: “He hates my whole family, me and everything around me. I have a five-month-old boy and a girl from my partner that I raise as well, and that maybe makes him angrier”. Very dismayed he claims to have “the broken soul”. “I have faith in God and I believe in Justice. Hopefully this will end soon. A thousand apologies”.