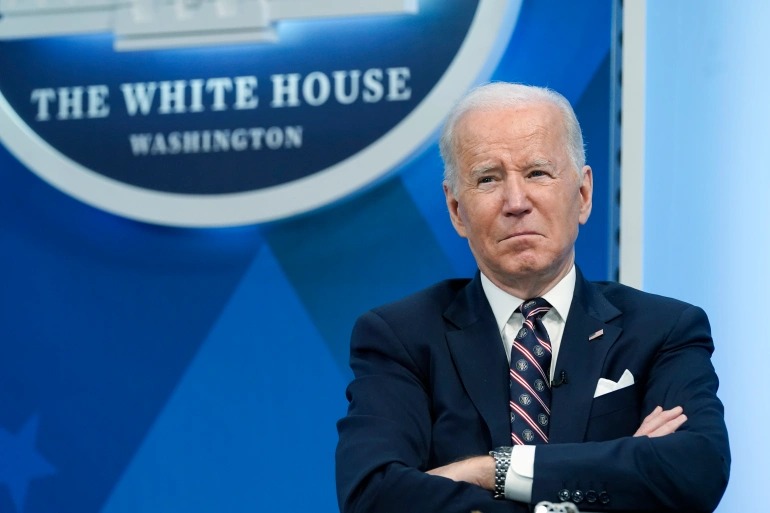 The President of the United States, Joe Biden, has for the first time used the word “genocide” to describe the war in Ukraine. The president made that comment when he was talking about his government’s efforts to curb the rise in gasoline prices as a result of the invasion launched by Russian President Vladimir Putin in Ukraine.

“I am doing everything in my power with executive orders to reduce prices and deal with that price hike caused by Putin,” Biden said at an event in the agricultural state of Iowa. “The budget of their families, their ability to fill the tank, none of that should depend on whether a dictator declares war and commits genocide on the other side of the world,” the president added in reference to Putin and Ukraine.

Biden has lashed out at Putin, whom he has even called a “butcher” in recent weeks, and accused the Kremlin of committing war crimes in Ukraine.

There was a bureaucratic process within the United States Government to determine whether genocide was being committed in a country and it was unclear whether that process had been completed or was taking place.

The press asked Biden last week whether he would call the massacre in Bucha, on the outskirts of Kiev, where more than 250 civilian bodies have been found after the withdrawal of Russian troops, a genocide. ” No, I think it’s a war crime,” the president replied then.

The US State Department did complete a formal investigation last month in which it determined that Russian troops had committed war crimes in Ukraine, a statement that can lead to criminal prosecutions in US courts and other international prosecutions.

On 24 February, the Kremlin ordered the invasion of Ukraine and, since then, the war has left thousands dead, more than four million refugees and some seven million internally displaced, according to the United Nations.

Emmanuel Macron, the French president, avoided talking about genocide in Ukraine, as Joe Biden has done and justifies it by stating that they seem to him words that do not contribute to the goal of seeking peace and stopping the war, but insisted that Russia is committing “war crimes”.

“Russia has unilaterally unleashed a brutal war. It is established that the Russian Army has committed war crimes. Now we must find those responsible and bring them to justice, which is what we are doing in cooperation with the Ukrainians,” Macron explained in an interview to the channel France 2.

The head of the French state said that he will be “cautious with the words” because “the Ukrainian people and the Russian people are brotherly peoples”, the war “is madness” and “of incredible brutality”, and the term genocide “makes sense”.

That’s why he added that, for his part, he will continue “trying to stop this war and build peace. So I do not think that the escalation of words is useful. What we can say is that the situation is unacceptable and that there are war crimes”.

Macron said that in the coming days he will hold talks with both Ukrainian President Zelensky and Russian Vladimir Putin.

France is working with the International Criminal Court (ICC) to establish in a precise manner the accusations of war crimes committed in areas that have been occupied by the Russian troops and has sent forensic and gendarmes specialists in criminalistics to help the Ukrainian authorities in the investigations on massacres.