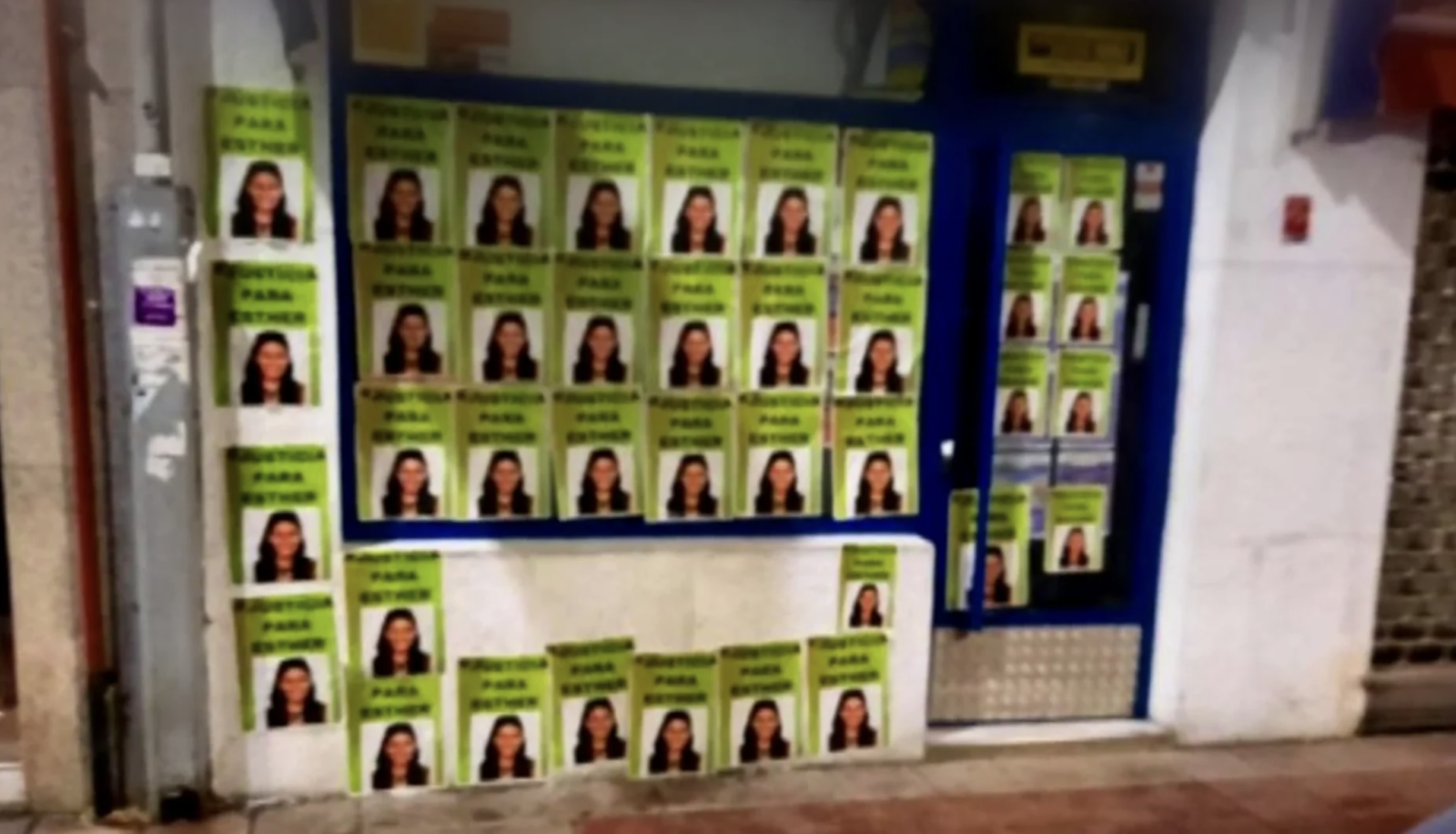 This Tuesday the business of Oscar, Esther Lopez’s friend and main suspect, have dawned covered with photos of the young woman. Soon after, all the images have been removed after the National Police received a notice.

According to the investigation of the Guardia Civil, Óscar was the last person who saw the young woman alive and for this reason during the last four days the Central Eye Inspection Team has carried out the search of his home.

Just this Tuesday, the dogs of the Scientific Police have scored several points in the house of Esther Lopez’s friend. Now, the objects and part of the home that have been identified by the dogs will have to be analyzed in the laboratory.

In addition to the property, the vehicle of the investigator has also been inspected again in search of DNA remains of the deceased.

On Wednesday, April 13, the residents of Traspinedo, in Valladolid, will go back to the street to ask for justice for Esther López when it is three months since her disappearance and subsequent death. It will be the third concentration in memory of the young woman.

Esther Lopez disappeared on January 13. Her body was found by a neighbor of Traspinedo days later, on February 5, in a ditch located next to the Tuduero polygon, on the provincial road VP-2003, less than a kilometer from the point of the N-122 that marks the detour and access to the municipality of Valladolid. The autopsy revealed as a provisional result a broken hip, internal injuries and numerous bruises.