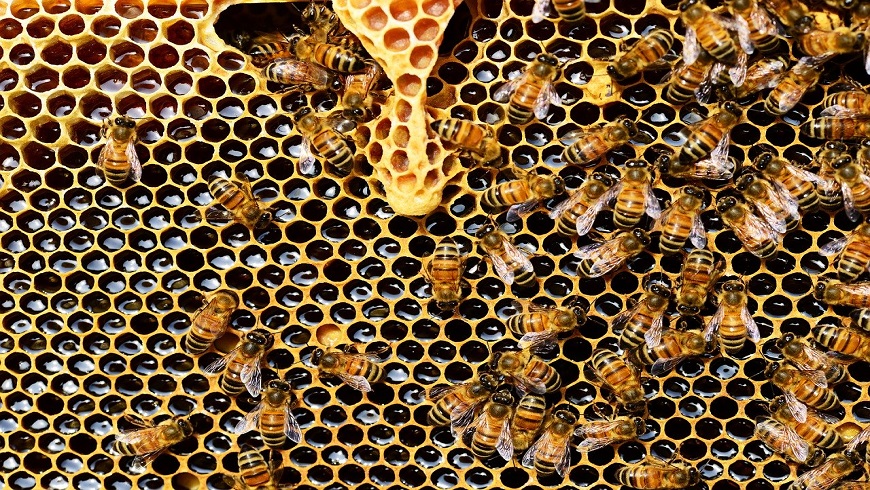 A huge swarm of 150,000 bees has appeared in a nunnery in Granada. The nuns of the place have been shocked after discovering the amount of bees that housed the place. It was inside a facade and walls. It invaded a whole room, windows and ceiling. The Healing Hive, an association dedicated to saving these insects altruistically will be responsible for emptying the wall of the convent.

The beekeeper Sergio Guerrero is already in place, will take the hive to its natural habitat and has indicated that it could take between four and five years there. The nuns could not use the areas near the swarm. The garden area, where there is a swimming pool, was inaccessible because of the huge number of bees that were there. The beekeeper claims that the bees “had set up a cottage”.

“A very large hive is scary to see,” explained one of the residents of the nunnery of Granada. Guerrero states that “between 150,000 and 180,000 individuals are in the hive”. He has shown what it’s like to move the swarm somewhere else. ” We are measuring the box that is being cut and then we are going to get inside the hive and this is how we are going to take it,” he explained.

The residents of the nunnery of Granada did not believe the immense volume of bees that lived with them. The beekeeper has nuanced that “this happens more and more because bees find fewer tree trunks to form their hives”. ” We are dedicated to saving bees and we do it altruistically because removing such swarms costs a lot of money. So we offer an alternative so people don’t choose to fumigate or set them on fire,” he added.

Since ‘Greenpeace’ they claim that bees are much more important than we all think. They stress that global production and terrestrial biodiversity depend heavily on pollination, a process that is responsible for insects such as bees, a group that is decreasing over time. A report by the Intergovernmental Platform on Biodiversity and Ecosystem Services (IPBES) details that 40% of invertebrate pollinators face extinction.