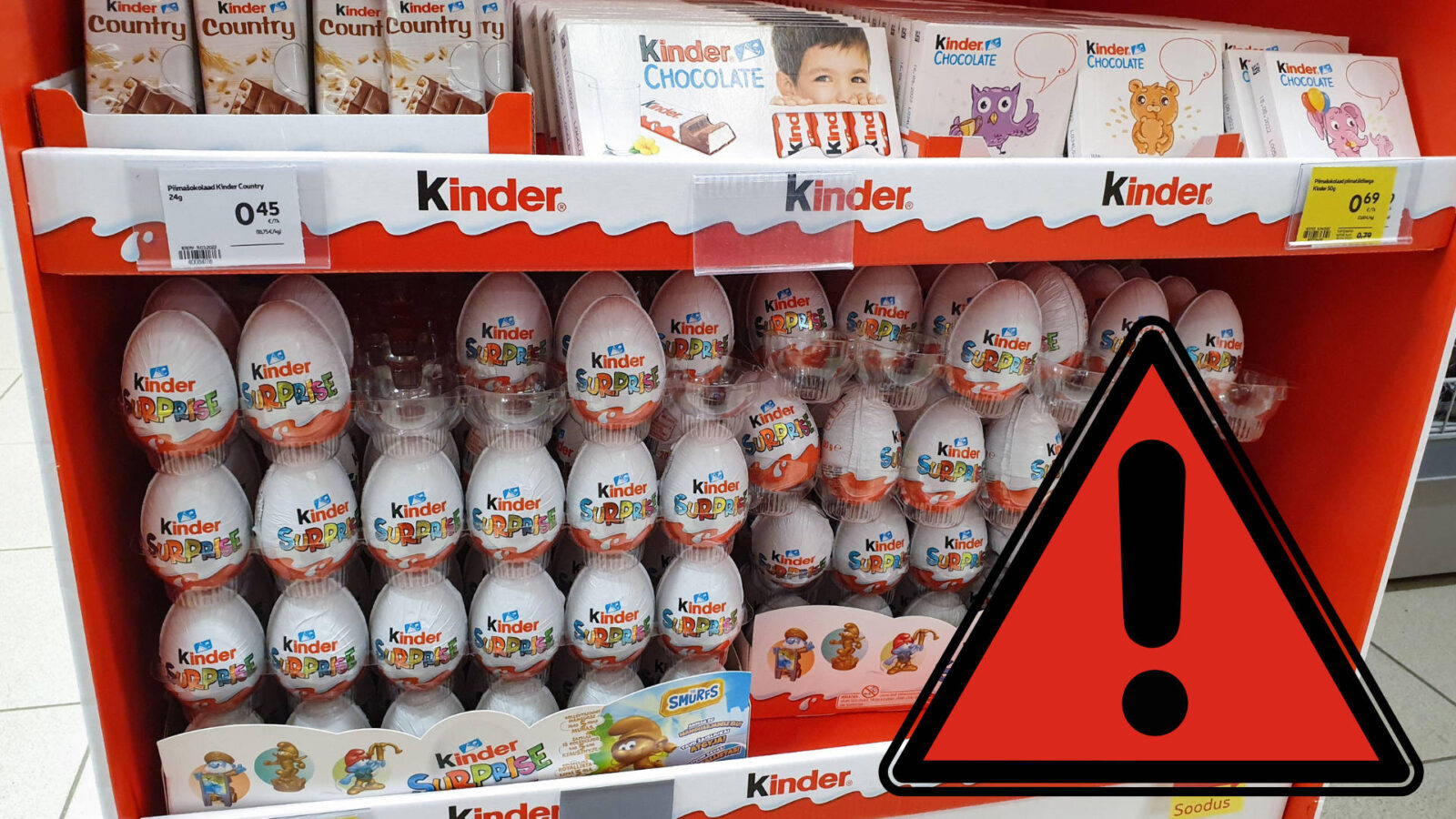 The first case of salmonella linked to several Kinder products has already been confirmed in Spain. However, it may not be the only one. The European Centre for Disease Prevention and Control (ECDC) has also reported two more cases under suspicion.

The outbreak has originated in a plant of Ferrero in Arlon (Belgium) where all kinds of products of the famous brand of chocolate are manufactured. The countries, at the moment, are Austria, Belgium, Denmark, France, Germany, Ireland, Luxembourg, the Netherlands, Norway, Sweden, Spain and the United Kingdom. In total, there are already 158 confirmed cases and 29 under study.

Those affected are mostly children under 10 years of age, who in some cases have had to be hospitalized for suffering severe symptoms of diarrhea.

According to the ECDC, “Public health and food safety authorities are conducting further investigations in countries where cases are reported, to identify the cause and extent of contamination, and to ensure that contaminated products are not placed on the market”.

In Spain, the brand Ferrero Ibérica has announced that, voluntarily and as a precaution, it withdraws from the Spanish market some batches of Kinder products manufactured in the Belgian plant.

The country most affected by the salmonella outbreak is the United Kingdom, with 73 cases. In fact, the English media have told the story of Billy Way, a three-year-old boy who has been hospitalized for consuming one of the Kinder products contaminated with salmonella. The boy was discharged on 7 April, but his family has demanded financial compensation from Ferrero, although they have not yet received a response.

France, with 37 cases, is the second country most affected by the outbreak. It is followed by Ireland, Germany, Belgium, Austria, Sweden, the Netherlands, Denmark, Luxembourg, Norway and, finally, Spain.