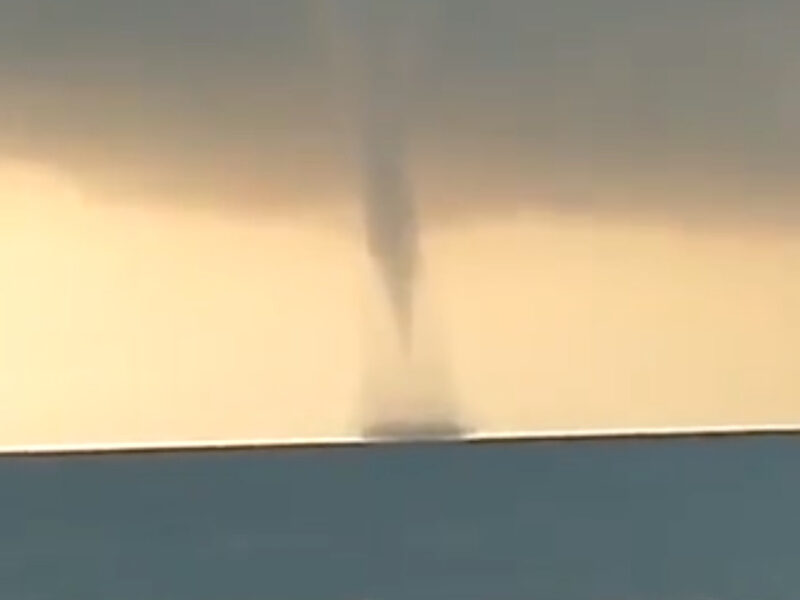 The storm of rains, storms and hail that affects the province of Alicante has caused a watersprout off the coast of Torrevieja, on the southern coast of the province, according to the platform of Proyecto Mastral Torrevieja.

After Easter had reached almost summer temperatures throughout the country, the entry of cold air is causing a fall in temperatures and various weather phenomena.

For about 15 or 20 minutes, the marina has begun to see the watersprout around 8am and it has traveled the entire coast of Orihuela and Torrevieja. Fortunately, the phenomenon has not reached the land and has remained at sea, something that allows us not to have to regret any personal or material damage.