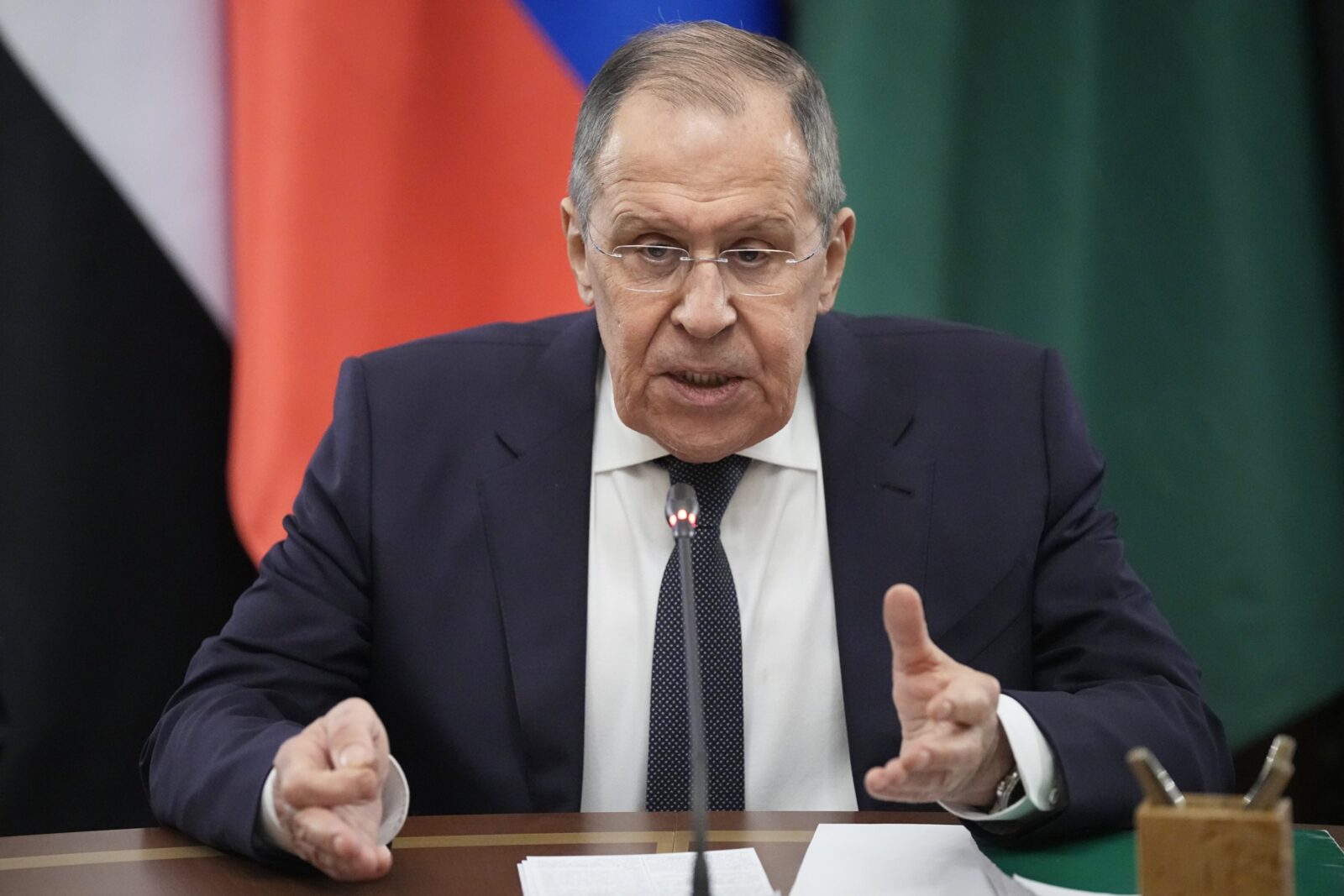 The Russian Foreign Minister, Sergei Lavrov, warned that “the danger” of a Third World War because of the war in Ukraine is “serious, it is real, it cannot be underestimated”. This is what he said in an interview with the ‘Big Game’ programme on Channel One. He claims that in the event of a global conflict, the war would be nuclear. The head of Russian diplomacy issued the warnings in response to the unprecedented economic sanctions against Russia and the shipment of arms to Ukraine.

Lavrov’s warning of a possible and “real” World War III and also nuclear, comes after the visit to Ukraine of senior American officials where they announced a new shipment of military equipment for Ukrainian forces to fight the Russian invasion. ” The inadmissibility of a nuclear war is the principled position of Moscow, the danger of such a conflict should not be underestimated,” said the Russian Foreign Minister.

Warnings of a nuclear war come after a British intelligence report that the Krelmin has lost 15,000 soldiers in the war in Ukraine. These are not the first serious warnings they have issued from Moscow. At the beginning of the invasion, Russia came with tanks to Chernobyl in a direct warning to the world, bombed its surroundings and its forces were based at the nuclear plant.

The second Russian nuclear threat from the war in Ukraine came when Ukrainian authorities warned of an attack and damage to the Zaporiyia nuclear power plant, in the first nuclear reactor block. Alarms went off all over the world as the country’s largest nuclear power plant and an accident would be far worse than what happened at Chernobyl in 1986. The Kremlin is pushing its threats to try to get Ukraine’s partners to stop the shipment of weapons. A shipment that is putting Russian soldiers in serious trouble and is prolonging the war.

Lavrov recalled in the interview that in January, the five permanent members of the UN Security Council spoke out about a nuclear war. ” This is our principled position, we are guided by this and of course I would not like to see these risks artificially inflated now, when the risks are quite significant,” he stressed.

The Foreign Minister, Dmytro Kuleba, has responded to the warnings of his Russian counterpart. The Ukrainian headline states that when Moscow talks about the possibility of a nuclear war that can trigger World War III, it is because it is losing the war in Ukraine. “The world must redouble its support for Ukraine so that we prevail and safeguard European and global security,” he added on his Twitter account.

The British military intelligence service has published its daily report on the state of the war in Ukraine. They report that Russia is attempting to encircle heavily fortified Ukrainian positions in the east of the country.

The British Defence claims that the eastern city of Kreminna is in Russian hands and that fighting has intensified in the south of the town of Izium. They detail that the Russian Armed Forces are trying to advance towards Sloviansk and Kramatorsk. “Ukrainian forces are gathering their defenses in Zaporiyia in preparation for a possible Russian attack from the south,” they add in their statement.