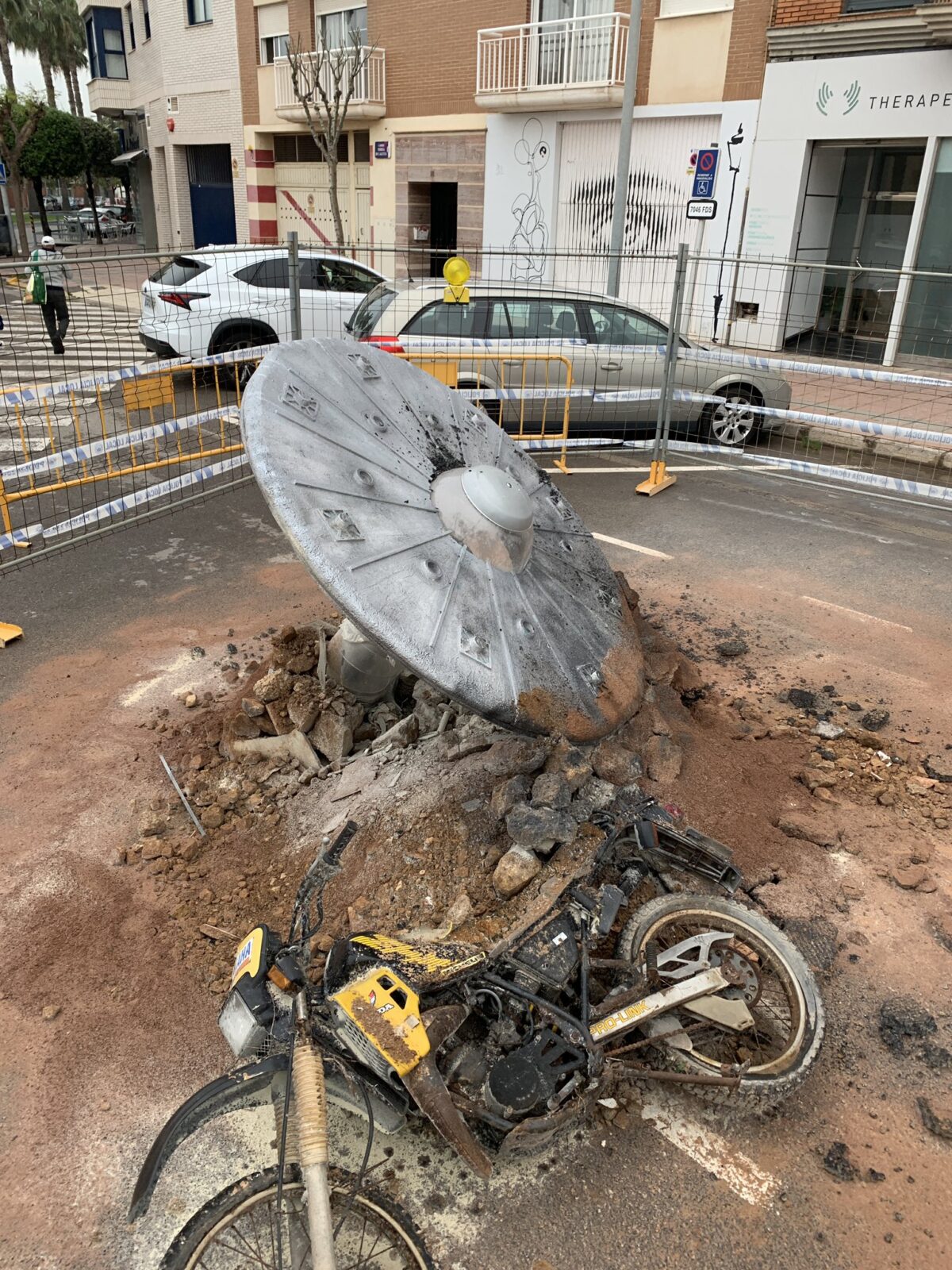 Burriana, in Castellón, has dawned with a strange apparition. An object similar to a flying saucer seems to have hit the street. Local residents have approached the site to see if it was an unidentified flying object (UFO).

The incident occurred during the early morning, when the impact on the road caused damage to parked vehicles. A motorcycle was damaged. Local police cordoned off the area pending clarification.

There are several hypotheses as to why this dish is on the street in Burriana. Some believe that some special effects company might have forgotten the object while filming a film.

But others claim that the object comes from another planet. On the other hand, others consider that it may be related to the proximity of the local festivity of the Cruces de Mayo.

Burriana City Council has reported that it is related to the local holiday. This will be mounted on 29 April and will be there until 1 May in the 18 faller sites of the capital of the Plana Baixa.

The falla commissions have begun the installation of the crossings. The Councillor of Fallas, Sara Molina, explained that “the traditional Cruces de Mayo that we are accustomed to, with its large gardens and splendid monuments, are returning”.

This holiday is linked to the fallero cycle and constitute “the starting gun for the falleras commissions of the town”.