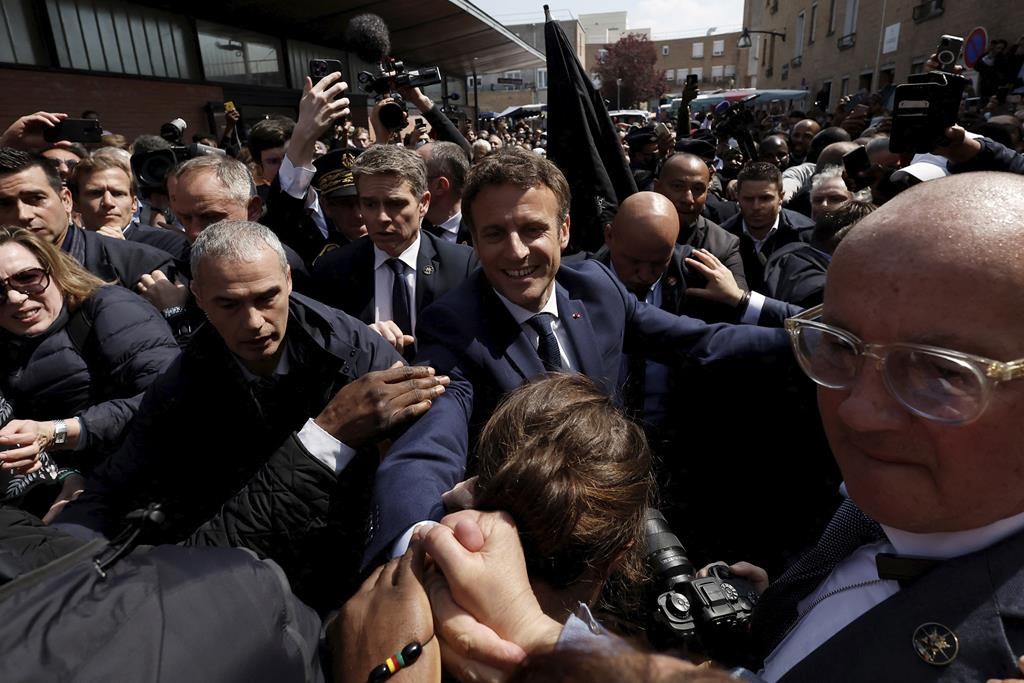 France is living a few days of total turmoil in terms of politics. The victory in the elections of Emmanuel Macron in the second round has raised controversy in several sectors of the population, who consider that he does not deserve this position.

The incident happened at a market near Paris. The president was in dialogue with some citizens of the town of Cergy-Pontoise when, without warning, he began to receive a shower of vegetables. Fortunately for the president, the bags contained cherrys tomatoes and failed to hit him directly.

After the incident, the Macron security service deployed instantly to protect him in case they threw any solid material, and even opened some umbrellas to prevent the “projectiles” from hitting his body. It was a moment of great tension for his security, but they did not manage to tarnish the president’s visit. Many citizens came to congratulate him on his presidential victory.

At the polls, Emmanuel Macron won with 58.54% of the vote to his rival, Marine Le Pen, leader of the extreme right. A much smaller margin than the previous quote, making clear the increase of the right in France. The truth is that during this campaign, in addition, there has been a lot of polarization among voters and an atmosphere of some hostility.

Despite everything, Macron did not want to comment on the incident in statements he later gave to the media, in which you could clearly notice the certain state of nervousness of his security service because of the crowd that came to ask him complaints or questions, in addition to simply greeting the president.

The French president promised to appoint a prime minister “involved in the social, productive and environmental question”, thus making another nod to the French left.