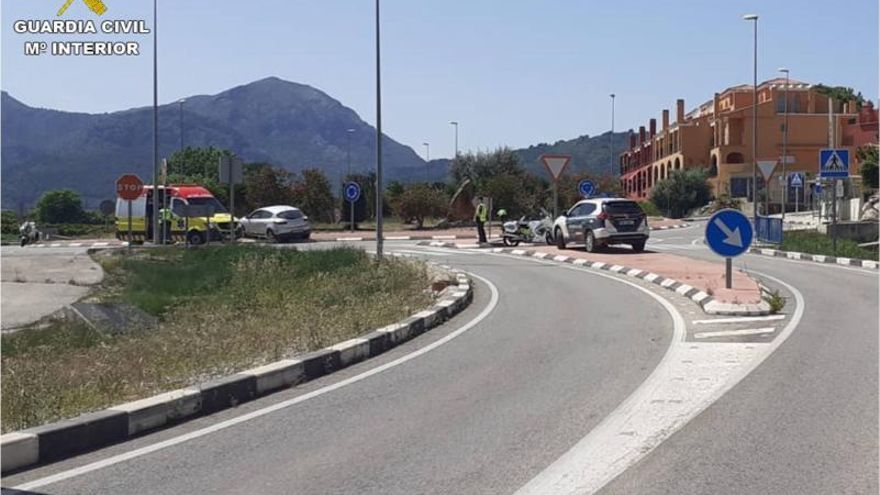 A woman has been arrested for driving in the wrong direction under the influence of alcohol. The 52-year-old woman drove for more than two kilometers on the CV-729, between the towns of Sanet and Negrals, in Alicante. The Guardia Civil gave her a breathalyzer test, obtaining 1.9 milligrams, seven times the permitted.

Road users immediately notified 112 and videotaped the moment. The woman’s reckless driving put other vehicles at serious risk. The video shows how several drivers have to manoeuvre to avoid frontal collision.

The images show how a biker signals to warn her and another vehicle goes over the shoulder to avoid hitting her. The tourism that records the video honks, but also is also ignored. Meters later the woman enters by a roundabout, also in the opposite direction, leaves the road and invades the roundabout, where the car was immobilized.

The spokeswoman of the Guardia Civil, Marina González, explains that “thanks to this collaboration, this action has ended successfully”, thanking the other drivers for their intervention.

The driver was the only occupant of the tourism and was not seriously injured. The woman is charged with two offences against road safety, for driving under the influence of alcohol and for reckless driving. The license will be withdrawn for 1 to 4 years and a conviction of 3 to 6 months for each offence.