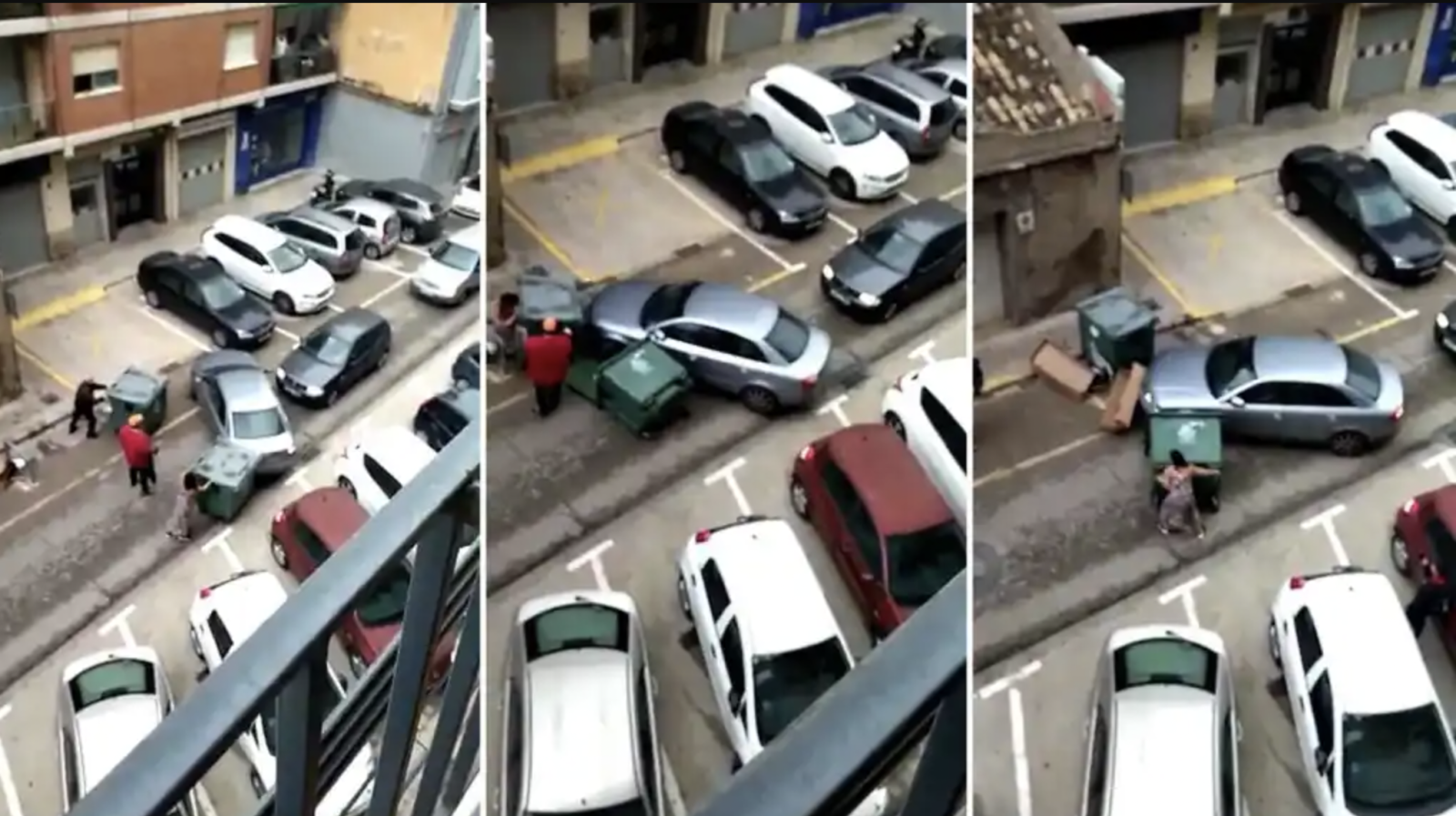 Residents of Manises have starred in a very tense moment after jumping to stop a vehicle in which robbers fled who had assaulted a tobacconist in the street Maestro Guillén of the municipality of l’Horta (Valencia). The group of neighbors did not hesitate to try to stop the thieves, everything was recorded by the cell phones of the residents in the area.

The images of the videos show the alleged thieves inside a car trying to leave the area. Two people blocked the vehicle by pushing some containers until the car decides to charge against one and throws the woman who moved it to the ground.

The tense event occurred during the afternoon of last Tuesday in the Valencian town, known for its award-winning lottery administration.

From the balconies the neighbors rebuked the robbers. Every time the car made a move, the woman moved the container so the thieves wouldn’t escape. She was eventually injured in one leg after the blow. After a few maneuvers, the individuals ended up fleeing at high speed.

After charging at high speed against the containers and fleeing, the authorities went to the area. Moments later, the agents of the Paterna National Police and Local Police ended up arresting the criminals. The investigation remains open to clarify the details of the alleged theft at the tobacconist’s shop in Manises.