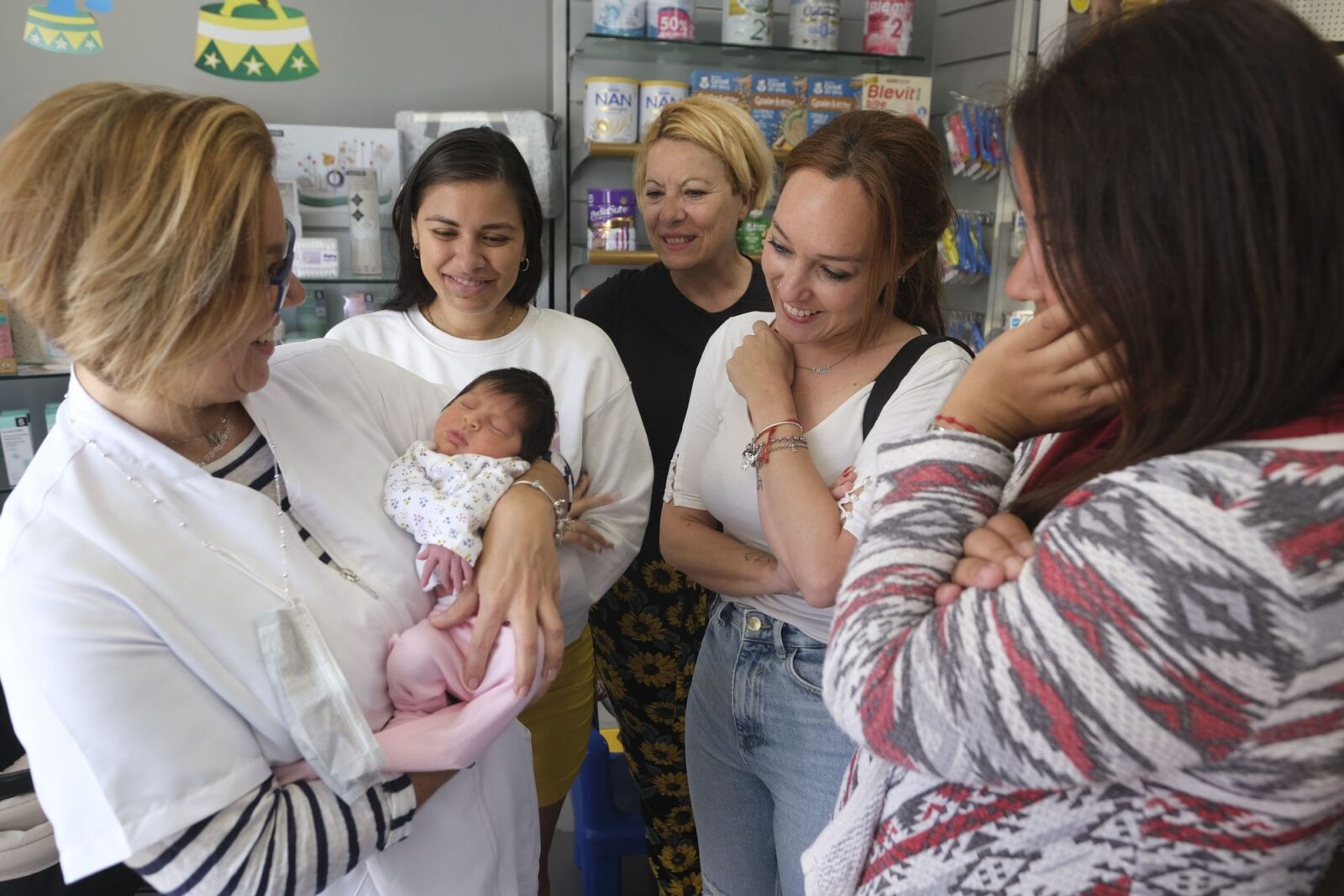 Ana María Londoño already walks with Danna Sophia in her arms through her neighborhood, in the upper part of the city of Las Palmas de Gran Canaria. The little girl decided to rush into this world. It was just past 9 o’clock on Monday morning, May 10, 2022, when Ana María’s waters broke in the middle of the street, very close to the pharmacy door in her neighborhood, in Escaleritas.

Before the astonished look of all those who were close, Domingo, an auxiliary of pharmacy, did not hesitate for a moment. He and his two pharmacy technicians helped Ana María enter the center. While the woman was holding her stomach as she could, they took out a chair to let her sit, but when they realized the situation they chose to lay her on a blanket on the floor. The birth was imminent. As she could, with the pains of giving birth, she followed the indications of Domingo and the rest of those present.

Next to the pharmacy staff, there were three mothers of the schoolmates of the other two sons of Ana Maria. They also collaborated to bring Danna Sophia into the world. Nerves, calls to 112 and conditioning as much as possible the pharmacy to have the necessary privacy was followed.

The big advertising posters about the necessary use of sun protection, now that hot days are approaching, or on creams to keep the skin hydrated served as a protective shield against the gaze of passers-by who noticed that something was happening at the corner of Calle Párroco González in Escaleritas. As a barrier, as if it were a box, they improvised a space just in front of the shelf of pacifiers and childcare products. In the end, everything went as expected.

One of the mothers alerted a couple of municipal workers who were doing rounds and who also took care of the safety of the mother and daughter and above all took care of expediting the arrival of medical services.

When the services arrived, it was only necessary to cut the umbilical cord, because Danna Sophia was already in the arms of her mother.