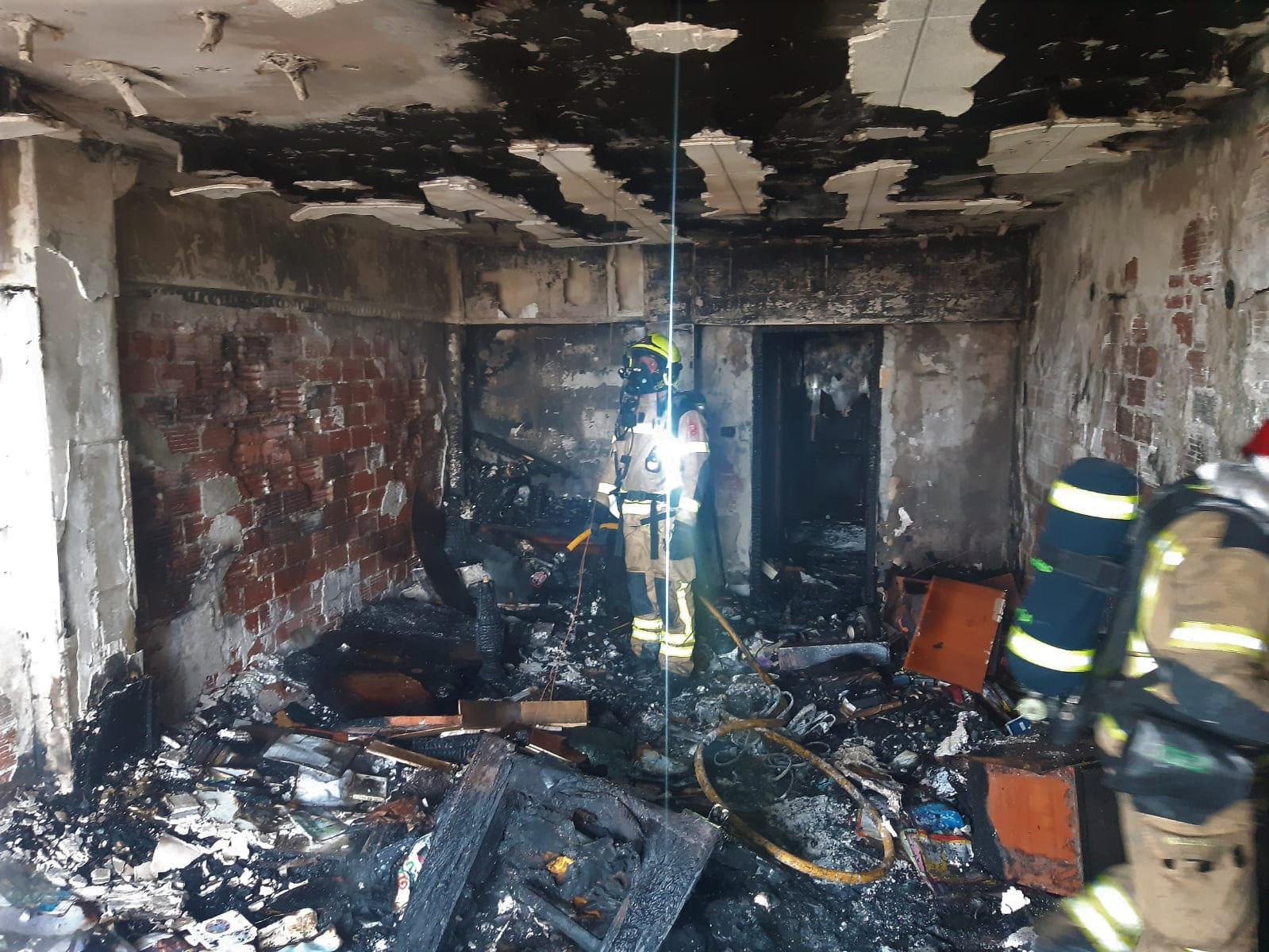 A 9-year-old girl and two others were injured after a house on Regina Mas Street in Valencia caught fire. The little girl has gone into cardiac arrest but has now recovered her constants, according to sources from the Local Police of Valencia and the Emergency Information and Coordination Center (CICU).

The fire has been declared on the seventh floor of this building, specifically it originated in the kitchen, and has been generalized throughout the house. The little girl was at home with her grandfather, a 65-year-old man, who has also been taken to the hospital.

According to the latest information provided by the CICU, the injured girl has gone into cardiac arrest and the SAMU medical team has managed to recover her. The minor has been transferred to the La Fe hospital in Valencia, the same centre to which the grandfather has been transferred.

In addition, the fire ambulance has also taken a 61-year-old woman to the center with an anxiety crisis.

Another fire has broken out in a house in Alcorcón, Madrid. Fire and smoke have turned that house into a mousetrap. There are two men in serious condition, who have just been transferred to Getafe Hospital with second-degree burns on the face, arms and chest.

One of them has had to be intubated. The origin of the fire is being investigated.