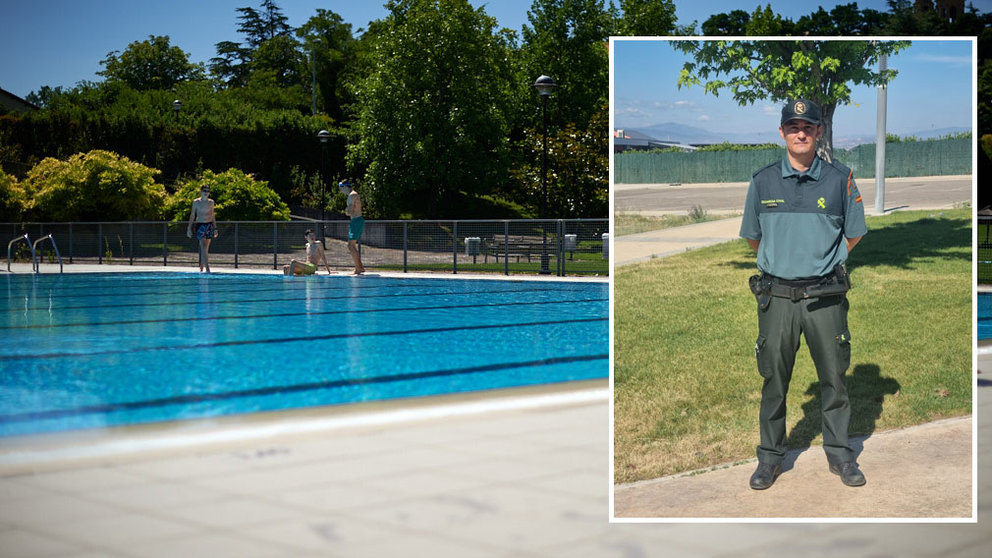 A Guardia Civil who was out of service in a swimming pool in Navarra has become a real hero. Ricardo Bodero didn’t think about it twice and jumped into the pool alerted by the screams of a mother saving the life of a 5-year-old boy who was drowning. The event took place in the village of ‘Milagro’, in Navarre.

Thanks to the rapidity of this man, the child is healthy and safe. Ricardo acted in this way alerted by the mother who began to scream at the sight of her son’s hands in the water sticking out, but his head submerged.

At this time in which the municipal swimming pools begin to open their doors you have to take special care with young children and never lose track to prevent such events. In Milagro, Navarra, everything began as a normal day, but it could have ended in a tragedy from the moment a woman began to scream that her son was drowning.

It only took Ricardo a few seconds to jump into the water to save the boy’s life: “I jumped in the pool, I only saw the boy’s arms and pulled him out,” he explains. Those present assure that “in two seconds Ricardo was already in the water, it has been something that makes you get goosebumps”.

The 5-year-old was sinking more and more, but at no time did he lose consciousness and when he came out of the water all he wanted was to be close to his mother. Ricardo, who accumulates 12 years of service in the meritorious, assures that it is not the first time that he has to act in a similar situation, he already had to do it with his own son.