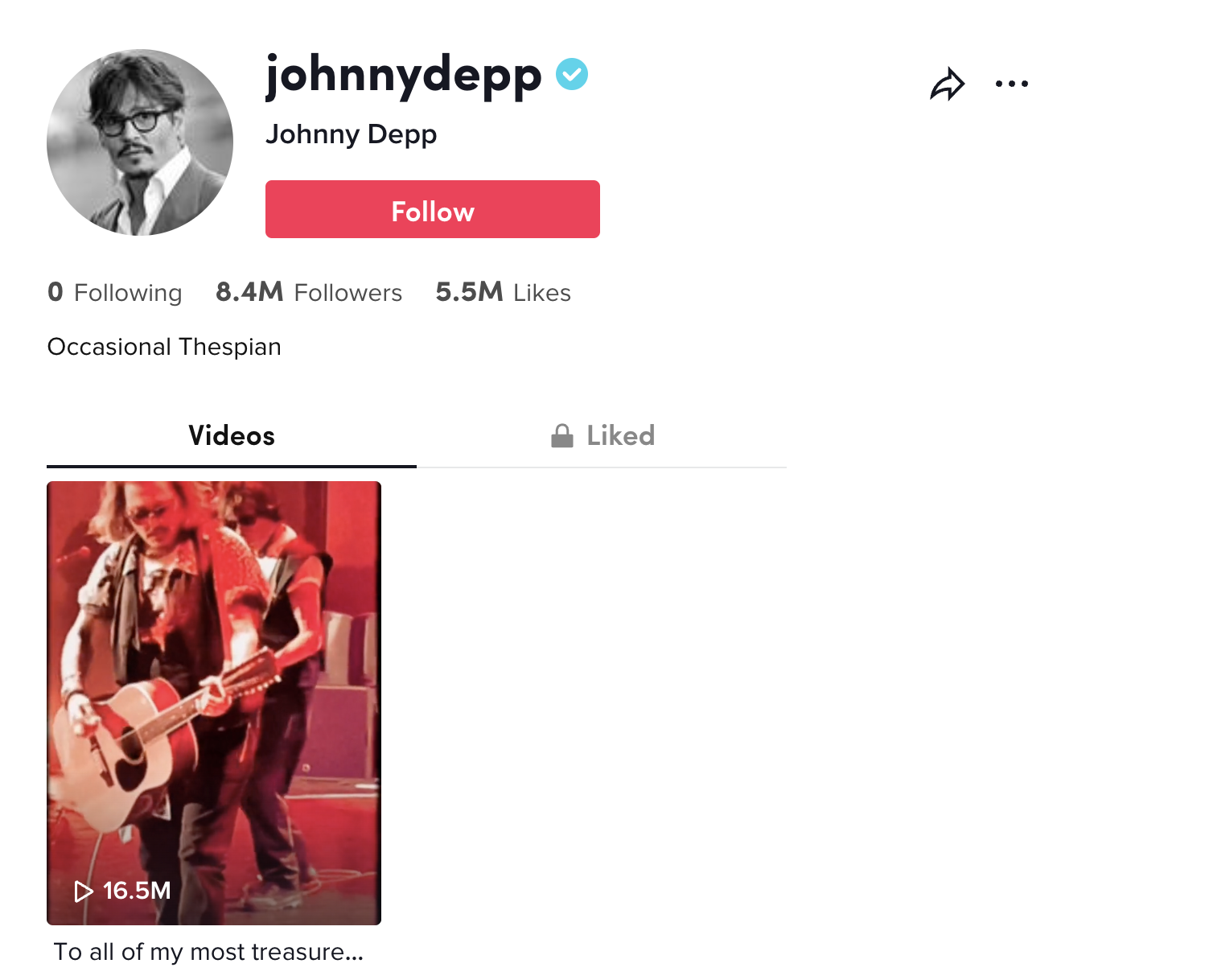 After the verdict of the trial of the year, Johnny Depp has decided to open an account for Tik Tok. In just a few hours it has surpassed 7.5 million users and that only has one post, a video that has delighted his fans.

The Hollywood actor has released a montage in which he interchanges images of him performing on stage in front of crowds and people holding banners supporting him throughout his lawsuit against Amber Heard.

He also added a description dedicated to his fans: “To all of my most treasured, loyal and unwavering supporters. We’ve been everywhere together, we have seen everything together. We have walked the same road together. We did the right thing together, all because you cared. And now, we will all move forward together. You are, as always, my employers and once again I am whittled down to no way to say thank you, other than just by saying thank you. So, thank you. My love & respect, JD”

Amber Heard has been quick to respond to her ex-husband’s new social media activity: “As Johnny Depp says he is ‘moving forward,’ women’s rights are moving back,” said Heard spokesman in a statement to ET, when asked about the actor’s first video in Tik Tok. “The message of the verdict for victims of domestic violence is… to be afraid to stand up and talk,” she adds.

This tug-of-war for social media comes after the jury in the defamation trial of the former couple took Depp’s side. According to the jury’s seven members, Amber Heard “acted with real malice” in her 2018 Washington Post op-ed on domestic violence. The verdict determined that Amber Heard will have to pay $10.35 million to the actor. For its part, Heard won one of the three defamation petitions and will receive $2 million.

In his new account as tiktoker, Johnny Depp has used the same profile photo and biography as in his Instagram account. In this other social network he accumulates almost 25 million followers and in it he shares images of his professional projects, but also of his concerts and even more personal photos of him painting in his studio.