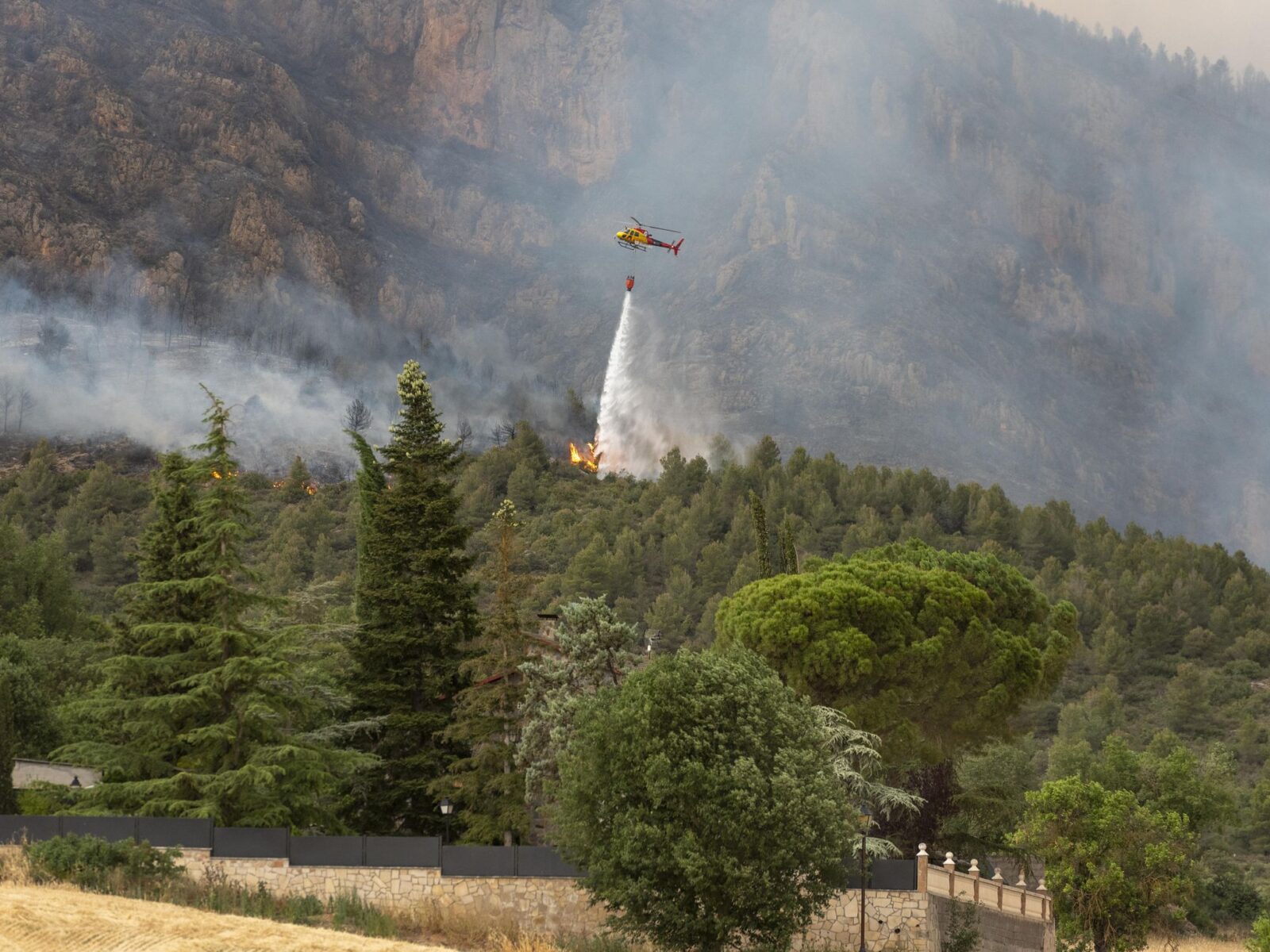 The heat wave also causes consequences in terms of fires. Spain burns, which registers more than 16 fires active and out of control. Soil temperature has reached 53 degrees in some areas. Navarre, Lleida and Teruel, where most are recorded.

The most serious situation is in Catalonia, where there are eight fires out of control. The most affected area is in Artesa de Segre, in Lleida, where 500 hectares of vegetation are affected and which could threaten 20,000 hectares. The Military Emergency Unit (UME) has been incorporated into the extinction tasks around 2:30 in the morning. There are also 200 hectares burned in Corbera d’Ebre, in Tarragona.

The storms that arrive from Aragon and that displace the wind towards the zone of the fire, complicated the tasks of extinction. However, firefighters have managed to drive the fire into a field area. The other six fires were of lower intensity.

To these eight active fires in Catalonia we must add another four in Navarre. The most aggressive affects the Sierra de Leyre, where 22 monks of a monastery have had to be evicted before the advance of the flames.

The foral Government fears that its resources will not be sufficient to deal with the situation and have therefore asked UME for help, which has displaced 150 troops. The fires in Tafalla and Olleta-Leoz are also active, although the latter indicates that it has been controlled, but provisionally. Larraga is also added.

In Zamora a fire has been registered since Wednesday in San Román del Valle. The extinction teams had to face another in La Pedrizona, in Ferreras de Abajo. Hours later another arrived in Vega del Castillo. UME is also working to extinguish the level 2 fire declared in the town of Riofrío de Aliste, in the middle of the Sierra de la Culebra.

Galicia also registers fires in the Natural Park of A Baixa Limia-Serra do Xurés. The community had recorded two more fires, but they have already been stabilized.