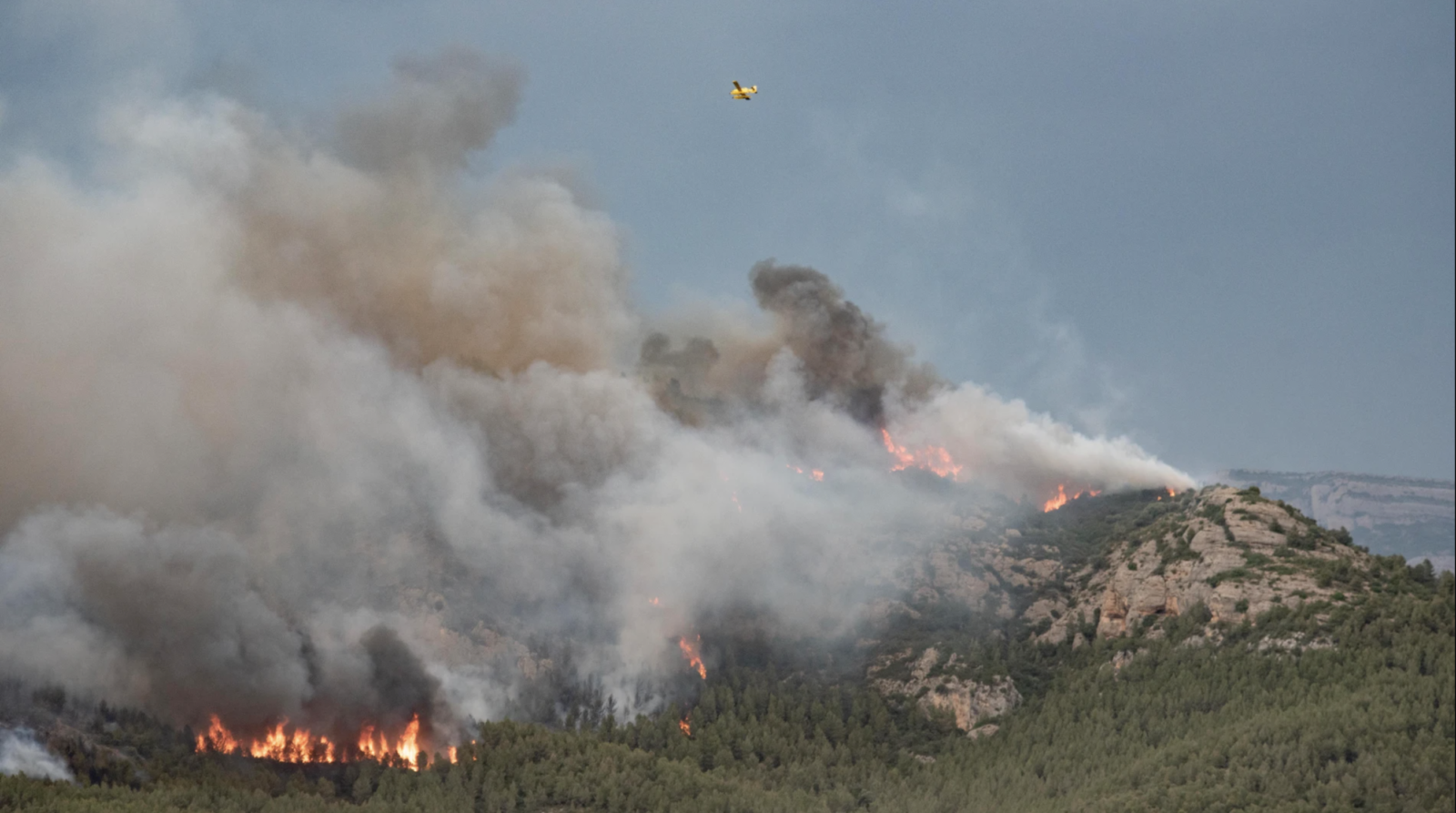 The heat wave causes several fires in Spain, where Catalonia has recorded a large part of them. Firefighters and UME continue to work on extinguishing eight fires, two stabilized.

There are three fires of greater magnitude and those that worry the most. One is in Tarragona and two in Lleida. But the one in Lladurs is the one that is most concerned, as it can destroy up to 50,000 hectares.

The priority is this fire, that of Lladurs. Firefighters and emergency teams work tirelessly. The goal is to stabilize the fire caused during this heat wave. Despite burning only a hundred hectares, it has great growth potential.

Firefighters report that the fire is still active with a very long right flank and a very unstable perimeter.

In the same region of Solsonès, where the fire of Lladurs is located, is the fire of Castellar de la Ribera. It has affected some 400 hectares of vegetation with a perimeter that could be contained and that did not grow significantly last Thursday.

The fire department has also been able to stabilize the fire in Corbera d’Ebre, in Tarragona. It has burned 400 hectares of land.

The fire at Artesa de Segre in Lleida, where 1,079 hectares have been burned, also continues. The Firemen have been able to contain the head of the fire and the right flank, preventing the flames from entering the Vall del Segre.

The left flank in the latter fire remains open and the potential for hectares to burn is 5,000 if it does not contain itself. The Generalitat Fire Department has asked for help from farmers in the areas to stop the progression.