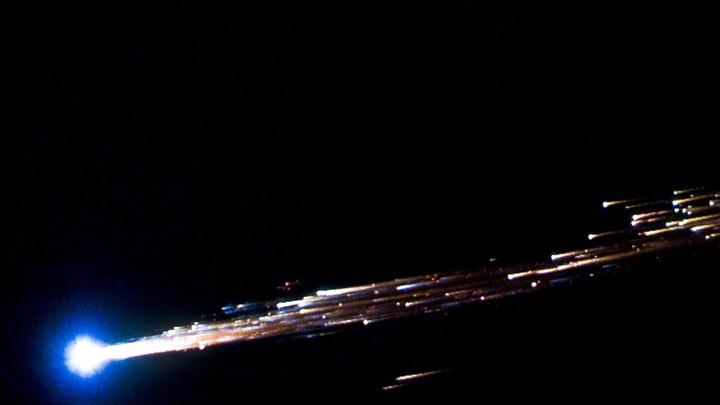 In the early hours of Tuesday there has been an impressive image, a great spectacle that was seen by those who have looked at the sky, at the stars. It wasn’t a shooting star, it wasn’t a meteorite or a UFO. It’s space junk, the remains of a satellite and a Chinese Ballack rocket. That thing that glowed so bright was just space junk at it entered the atmosphere. This has been seen in Malaga and the Valencian Community where the neighbors, surprised, recorded the images without knowing very well what it was.

The brightness of the garbage is caused by its entry into the atmosphere as it disintegrates. It has not only been visible from these parts of Spain, also many residents of Seville or Huelva have been able to enjoy the image when they looked at the sky in the early hours of this Tuesday.

Specifically, space debris is an upper part of the Chinese rocket CZ-2F, as reported by the medium dedicated to the coverage and current space “Space Border”.

Many have taken the opportunity to record the event with their mobile phones to upload it to social networks that have been filled with photos, videos and, of course, comments from hundreds of users. Even in the center of the Peninsula as in Madrid or Toledo it has been possible to glimpse these remains, although less clear.

Despite the ignorance and astonishment of the citizens of Spain by the space debris, the Space Frontier media already warned of this fact on Twitter several hours before being observed. ” If it occurred, it would be visible in parts around the trajectory, between 00:27-00:37 Spanish time,” the media assured.