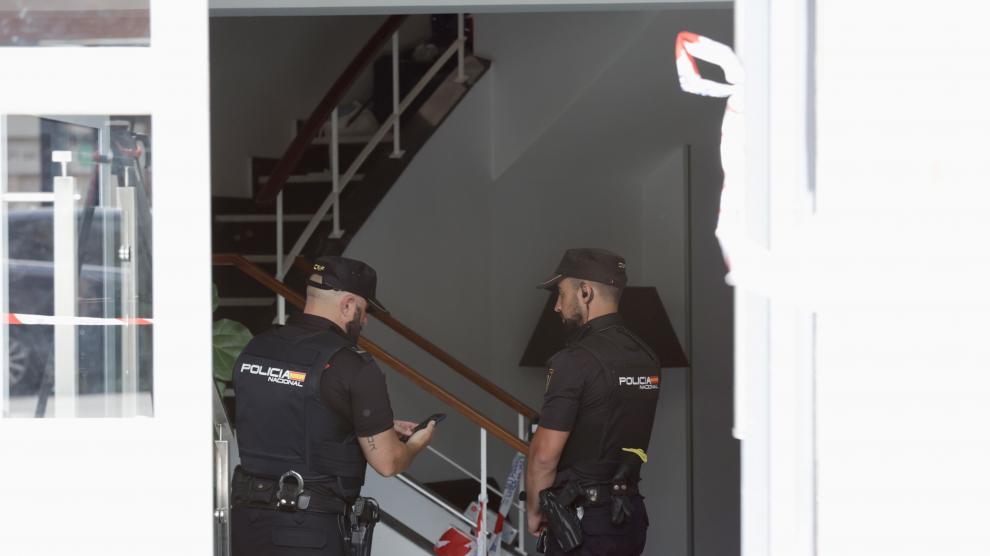 The investigation continues after the double crime and suicide in the home of the Madrid neighborhood of Salamanca. The alleged author of the events, Fernando González de Castejón, Count of Atarés and Marquis of Perijaa, would have ended the life of his partner in the house that they both shared. He allegedly also killed a friend of his wife and then took his own life.

During the inspection of the interior of the house, the agents found at the feet of the 53-year-old man a small-caliber short weapon. It is believed that it was the gun with which he killed his partner and with which he also took his own life.

That wasn’t the only gun the police found in the count’s apartment. Officers found a display case in a room in the house with several firearms, shotguns, ammunition and silencers. They also found handguns with silencers, a device whose use is prohibited in Spain.

In the same room where the display case is located, there was a military cross with a swastika in the center. Around the house there were also knives of all kinds and photos, flags and symbolism of the dictators Francisco Franco and Adolf Hitler.

The policemen also found in another room a box full of short-arms ammunition, a military uniform and a flag with the preconstitutional shield.

Also after this finding the statement of a neighbor makes sense, who has revealed that he had problems with some residents of the building because many days he went down to the community yard to shoot at some pictures in the form of targets.

It was the neighbors who sounded the alarm, who called 911 after hearing loud and strange noises during the early hours, which is when investigators believe the events occurred.

The alleged perpetrator of the crimes was known in the neighborhood because a few years ago he had appeared on several television programs as affected by the bankruptcy of Banco Madrid. More recently, two years ago, he was one of the leaders of the caceroladas in the neighborhood of Salamanca against the restrictive policies of the Covid driven by the Government of Spain.

Fernando González de Castejón, Count of Atarés and Marquis of Perijaa, would have shot his partner in the house they both shared and then ended the life of her friend. After that, he took his own life with the same gun he used to commit the murders.

In 2018, the individual had already been arrested for gender-based violence against the same woman, although currently the case was not active and there was no court order in force because she had withdrawn the complaint shortly afterwards and they had continued to live together.