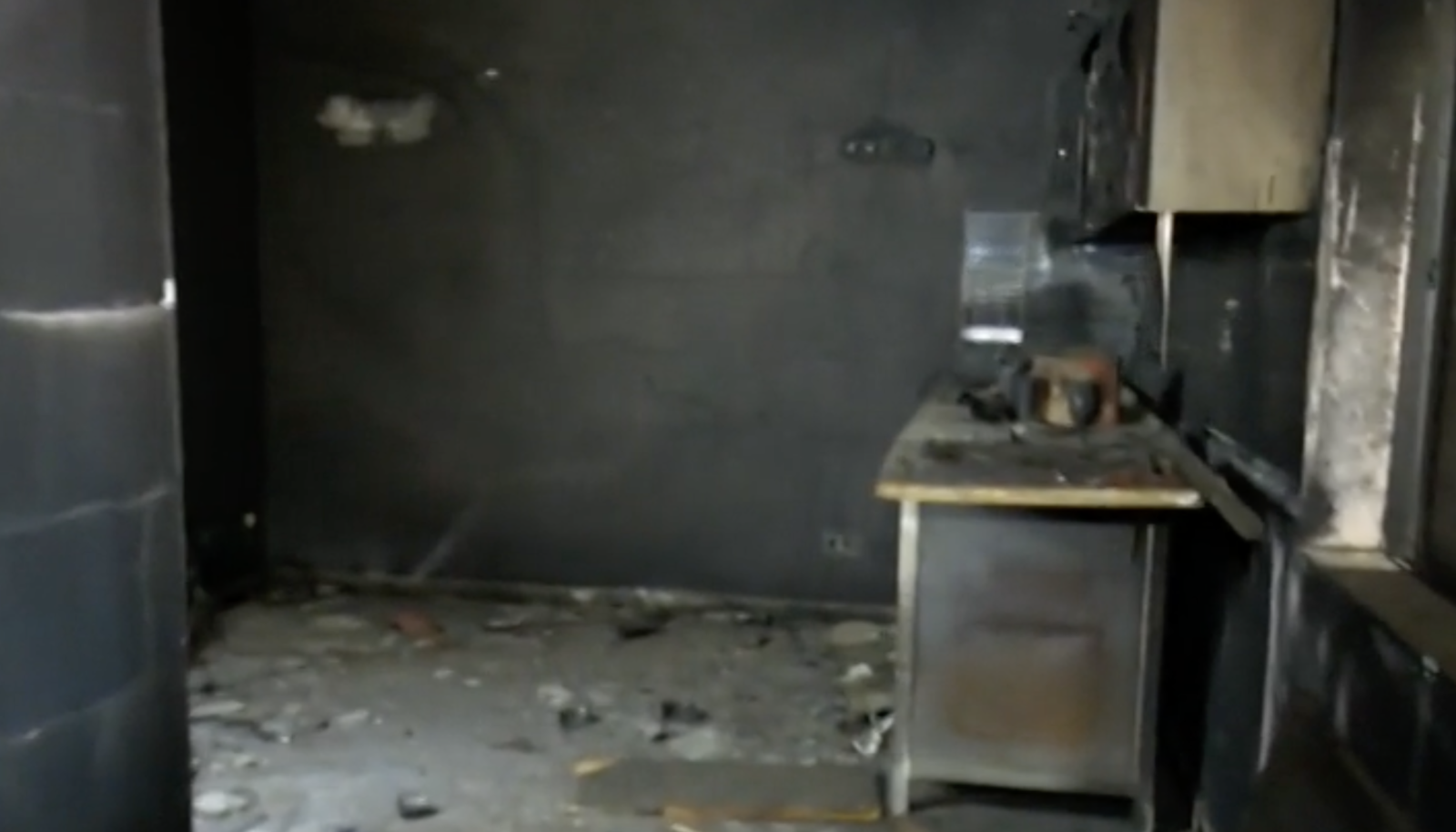 Milagros continues without believing what has happened to her. What happened last February 2022 will mark her and the whole family for life.

Milagros and her husband Julio had been married for 34 years. A few years ago, problems began between them. She decided to begin the divorce process that culminated on February 7, 2022. On the 25th of the same month, Julio, who was under a restraining order, broke it, drove to the family home, and crashed it into the garage. Previously, Julio had sprayed himself and the vehicle with gasoline.

Milagros and her daughter-in-law, who were at the top of the building, managed to go outside through the roof. Julio was completely burned inside the garage. The fire spread throughout the building causing damage to the structure and roof.

The fire that started and spread through the house completely burned down the electrical installation, so the only lighting that exists now is the one that comes through a small picket as a light yard. The whole house is full of cracks.

Since that day, Milagros and her daughter, have worked in a comprehensive cleaning. ” At first, I could not even pass by the house, but I have no choice but to be strong,” says Milagros.

Between cleaning, they have even had to deal with the remains of ashes and clothes left from July in the garage. ” He burned, his ashes were there”. Milagros complains that from the Town Hall and the Cabildo “no one has helped”.

The fire caused damage worth 65,000 euros. A house that was built little by little, with her savings and that now is inhabitable. “It’s my house,” Milagros says, asking for financial help to fix it.

What is most urgent is the repair of the electrical installation and above all, reinforce the structure of the house with 3 iron beams. Now she lives taking turns at her children’s home, while waiting for the aid promised from the Cabildo and the City of Santa Lucía de Tirajana for a case considered as gender violence.