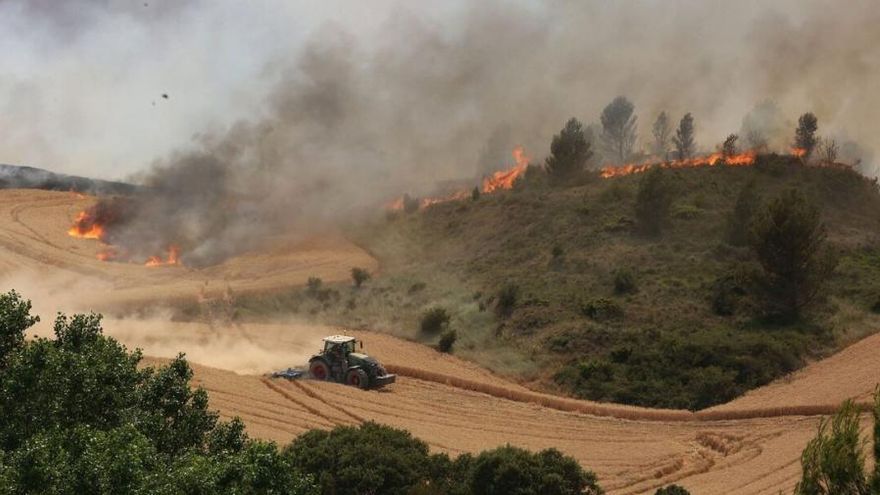 In Navarre, neighbors denounce the lack of coordination to extinguish the fires that occurred during the heat wave. The situation has caused dozens of farmers to carry out firebreaks to prevent the flames from advancing.

The aim of the farmers is to prevent the fire from destroying their farms and ending their way of life.

Forest Firefighters have shared the video on Twitter. Farmers are seen working with tractors to create these firewalls. The smoke prevents us from seeing the path clearly, but we can see how they do not stop.

Firebreaks are based on removing vegetation or fuel cover on farms before the fire arrives. In this way, it is prevented from reaching them.

The Director General of Interior, Amparo López, has reported that Platena, the Territorial Emergency Plan, has been deactivated after the positive evolution in the fight against fires.

The fires have entered a phase of stabilization thanks to the work of troops and the rains recorded in the last hours. The improvement has allowed residents of four localities to return to their homes and no population to be evicted.