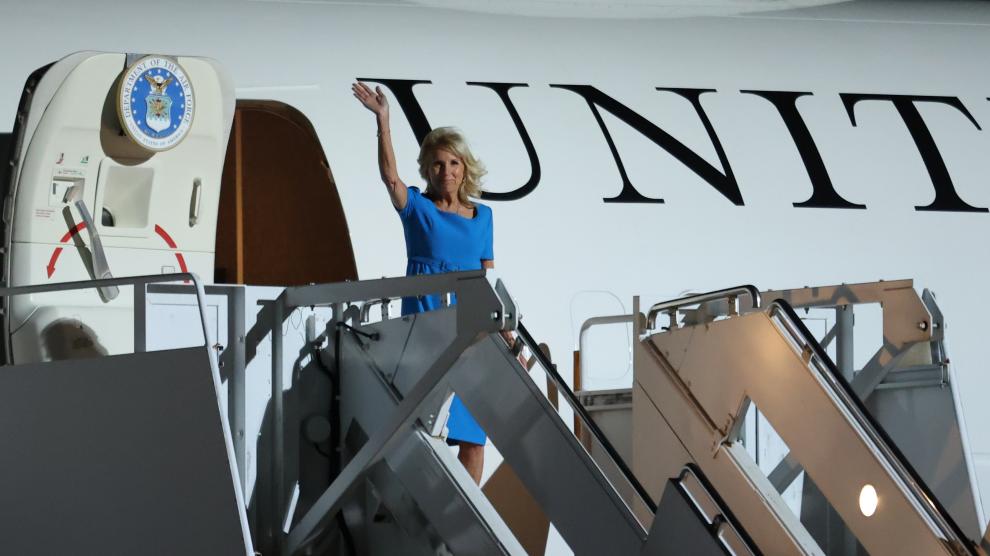 The First Lady of the United States is already in Spain on the occasion of the NATO summit that will begin this Wednesday in Madrid. Around 22:30 hours, Jill Biden landed at the air base of Torrejón de Ardoz, being received by the ambassador of her country.

It is expected that on Monday he will perform several acts with Queen Letizia, including a visit to the headquarters of the Spanish Association against Cancer (AECC). On Tuesday, the acts of the First Lady will begin in the refugee center that have fled the Russian invasion and are in the Madrid town of Pozuelo de Alarcón. That same day in the afternoon, she and the queen will meet again at the Royal Palace on the occasion of the official dinner that the kings will offer to the leaders of the NATO allied countries that will participate in the summit.

On Wednesday, in parallel to the meeting of the Atlantic Alliance, a meeting of the consorts of the Heads of State and Government is planned in which they will visit the Royal Site of La Granja de San Ildefonso (Segovia) or the Reina Sofía Museum, among other emblematic places.

Her husband Joe Biden will arrive tomorrow to meet with King Felipe VI and the President of the Government, Pedro Sánchez. At the moment, the president is leading another summit, the G7 to discuss the current crisis situation resulting from the war between Russia and Ukraine, the reduction of energy dependence or new sanctions on Moscow such as the veto on gold, among other issues.

At this meeting, the leaders of the world’s largest economies are also studying the launch of a flagship project to create an underwater fiber optic cable that will provide high-speed connection from Western Europe to Asia.