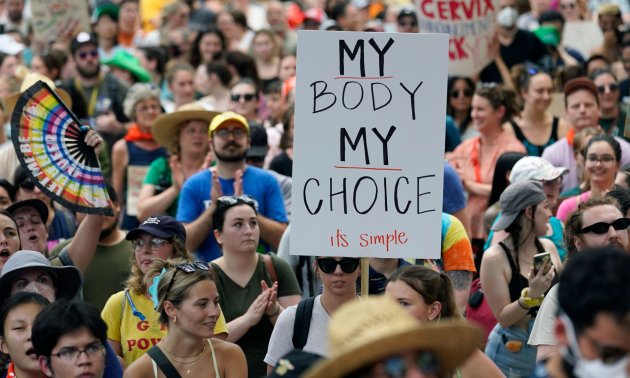 The reactions after the US Supreme Court decision on abortion have also reached the business world. Three days ago, the Supreme Court repealed the old sentence of Roe vs Wade, thus repealing the federal right to abortion that existed in the United States since 1973.

In reaction, many companies have announced that they will pay the expenses of their employees who want to abort and cannot do so because in the state in which they live abortion has been prohibited.

These companies are willing to reimburse you for travel to another state where it is possible, such as California, where many of these companies are based. There are still many doubts as to whether this aid would be legal.

Some of the corporations that have offered to do this include Apple, Amazon, Microsoft, Walt Disney, JP Morgan Chase, Citigroup, Cigna…

During these last hours many people have taken to the streets in different cities of the United States to protest about the new ruling of the Supreme Court.

Most of the protests across the country took place in a normal and peaceful manner, although incidents were reported in Phoenix, Arizona. In this locality, the police dispersed with tear gas demonstrators who had gathered in front of the Arizona parliament and were beating the windows of the building with force, something that had forced the state senators to interrupt the session. A police statement said that the use of tear gas is due to the demonstrators “tried to break the glass” of the building.