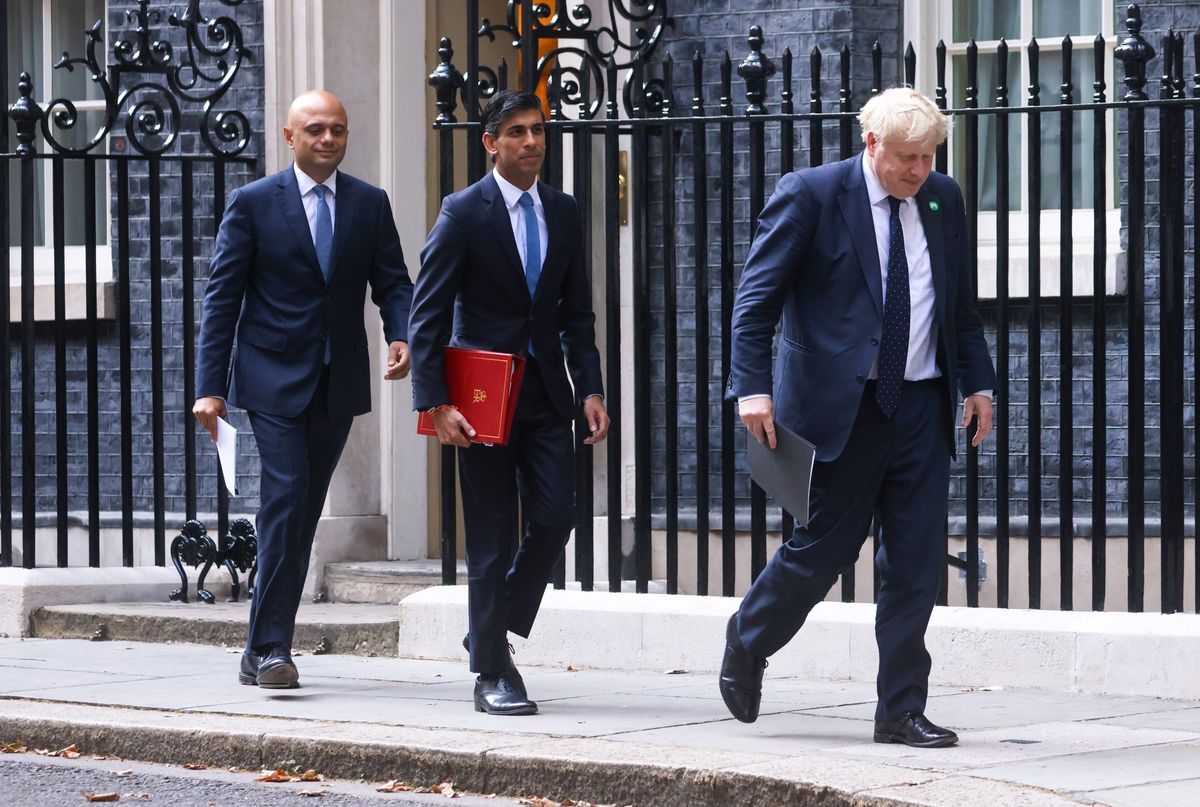 On Tuesday, the UK Health and Economic Ministers resigned. Both have made the decision because of disagreements with the Prime Minister, Boris Johnson, who has recently been trying to apologize for the recent sexual scandals involving a senior member of the Conservative Parliamentary Group.

The first to do so was the Minister of Health, Sajid Javid, stating that he has lost confidence in the prime minister. Moments later the Minister of Economy, Rishi Sunak, has done the same when considering that Johnson does not meet the standards of conduct and competence required.

Both Javid and Sunak have announced, through their corresponding Twitter accounts, that they have already communicated their decision to the British president. The Minister of Health has said goodbye stating that “it has been an enormous privilege to serve in this role, but I regret that I can no longer continue in good conscience.”.

Javid has referred to the motion of censure on Johnson to exemplify the lack of confidence in the prime minister. The Minister believes that the Government has acted in the interest of the United Kingdom but that, “unfortunately”, the citizens do not think the same, as a large number of Tories who once wanted to stop Johnson. “Citizens expect integrity from the Government”, he notes.

The Minister of Health has been especially harsh on Johnson and has said that “this situation will not change under your mandate, and that is why you have lost my confidence. The Conservative Party is bigger than any individuality. I have served you loyally, as a friend. But first we must serve the country,” he says.

On the other hand, the Minister of Economy has stated that this may be his “last ministerial job”, but considers that this government is not serious and that he resigns to “fight for these standards”. ” The public rightly expect government to be conducted properly, competently and seriously.,” he said.

In addition, he states that he leaves office because of disagreements with Boris Johnson. In the letter, he addressed the prime minister stating that “we both want low-tax, high-growth economy and world class public services, but this can only be responsibly delivered if we work hard, make sacrifices and take sifficult decisions,” he says, “but in the preparation of our joint economy speech next week, it has become clear to me that our positions are very different,” he concludes.

Both resignations represent a new and hard blow for Boris Johnson just a month after overcoming the motion of confidence with 148 votes against him.

One of those who has already reacted to the resignations of the Ministers of Health and Economy is the Labour MP Chris Bryant, who says, on his Twitter account, that “they should have resigned months ago” and calls for new elections to elect a new prime minister, a position in which Johnson “should never have been appointed”.

Ed Davey, leader of the Liberal Democrats, has reproached the prime minister for having “discredited” the UK for a long time and, like Bryant, calls for him to step down now. ” A house of cards built on lies and deceit collapses,” he concluded.

Meanwhile, Johnson himself has sent a letter to Javid and Sunak in which he has regretted the resignation of both and acknowledged that he will “miss” working with them. As detailed by the Prime Minister’s Office, Javid has thanked him for his hard work during the pandemic of the coronavirus, while de Sunak has highlighted his work at the head of the Economy portfolio and his plans to tackle the crisis arising from the Covid-19 and the effects of the war on Ukraine.

Downing Street has also confirmed the new appointments: the chief of staff, Steve Barclay, will be the next Minister of Health and Nadhim Zahawi, current Minister of Education, will be in charge of Finance.